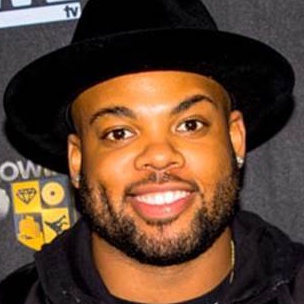 During an appearance on The Breakfast Club this week, TJ Mizell was asked how his father’s death impacted him. After revealing that “it was tough,” the son of Jam Master Jay was then asked if there are any updates in the late Run DMC member’s case.

According to Mizell, the case is still unsolved. He did share his belief that someone knows what happened the night his father was killed while at a Queens recording studio.

“It was tough, man,” TJ Mizell said. “It was definitely tough. I can’t even really explain the emotions. Cause it’s something that you just go through and it’s life…When it happened my mom was just like ‘This is what happened. This is real life. And we’re gonna get through this. And everything’s gonna be straight.’ My mom is one of the strongest people I’ve ever met in my life…It’s still unsolved, which is crazy. People know. You know people know. People just don’t wanna say shit.”

Prior to speaking on his father’s death, Mizell, who is also a DJ, revealed that his father had him involved in music as early as kindergarten. Despite growing up with Jam Master Jay as his father, and being involved in music at an early age, Mizell says he didn’t touch turntables until he was a teenager.

“My pops always had us in music,” he said. “Honestly, since we were kids…Had a violin class. So jumped in violin, kindergarten, pre-k, first grade, second grade. Then I fell in love with drums. Travis Barker. I loved Blink 182, all that. So, my pops put me in drum class…Music has been my thing ever since then. I played drums in rock bands. All that stuff. So, finally when it came to college, I was deejaying with my homie who’s my roommate right now, Taylor…I just saw that this is how people are kinda expressing themselves now. Like going on Warped Tour, seeing bands, but then also seeing DJs rock. I was like ‘Wow, this is like a whole new style.’ And of course, I always knew my pops was the master. The legend behind it. And that’s what always just—I never touched turntables up until I was 15, 16…He never had turntables in the crib. He had turntables once.”

Video of TJ Mizell speaking on his father, Jam Master Jay, can be found below.