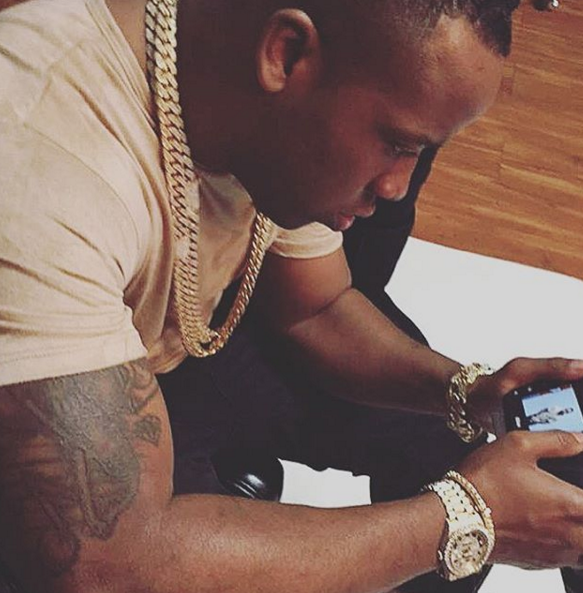 Yo Gotti & Instagram Finally Unite To Discuss "Down In The DM"

Yo Gotti’s relatable hit “Down in the DM” has worked its way into viral conversation since its October 2015 release. But even a social media titan such as Instagram admitted they hit the snooze button as the song allowed their brand to be championed by cheaters and creepers alike.

The wrong was recently made right when Instagram Music tracked down the Memphis’ finest to outline a fine print commandment on the rules to dwelling in the back end of the pictorial paradise.

“No screenshots,” he says. “It’s kinda like the Stop Snitching campaign. If you screenshotting and want people to DM you messages then you violating the game and the purpose of it.”

“Down in the DM” stood tall on Gotti’s most recent mixtape, The Return, and now it will serve as prime real estate on his upcoming studio album, The Art of Hustle, alongside features by Future, Pusha T and Lil Wayne, as well as production from the likes of Timbaland and Drumma Boy. The song also famously made a blusher out Reverend Run’s daughter with the lyrics, “I love the ’Gram, I love the ’Gram (I love the ’Gram)/I’m addicted to it, I know I am (I know I am)/And I just followed Angela (Simmons)/Boy, I got a crush on Angela…Simmons.”

On the album’s exterior, a pair of vintage family photos were used to create the front cover. Gotti explained, “I have been looking at those pictures all my life. We had houses in Vegas. My mom and auntie, any [boxing] fight that was poppin’, they would show up with the mink coats on and get front row seats. And for some reason I was just into that lifestyle, so I always asked to tag along with them. And they let me go.”

The project is currently available for pre-order on iTunes. Both the deluxe and standard album covers can be seen here.