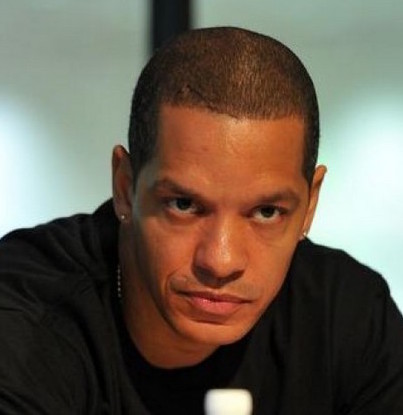 Pressed to ask about Gunz’s thoughts on the newly popular new star of LHHNY Carli B by Charlemagne Tha God, the active one-half of Lord Tariq and Peter Gunz discussed being responsible for keeping the New York edition alive compared to Love & Hip Hop: Hollywood and Love & Hip Hop: Atlanta.

“Some of these people boy, they should be thanking me,” said Peter Gunz. “Season four and five, I kept the show alive. Keep it real. Would you still be watching the show if it wasn’t for season four?”

The father of nine children also explained how the love triangle between himself, Buddafly and Wallace affects his children – more specifically his daughters.

“My daughter has came to me crying about a dude cheating on her,” said Gunz. “Now if she came to me about a dude putting hands on her that would be handled accordingly. But the cheating part, what am I gonna do? Go to the guy and say that’s wrong? asked Peter.”

Gunz also mentioned an altercation between LHHNY stars Papoose and DJ Self. According to the “Deja Vu (Uptown Baby)” rapper, the issue came from Papoose feeling as if DJ Self wasn’t supporting New York Hip Hop.

“Pap don’t really drink, but he was drinking that night,” says Gunz who also mentioned Papoose getting irate over DJ Self singing Yo Gotti‘s “Down In The DMs” single.  “He [DJ Self] singing that, he ain’t showing New York no love.”