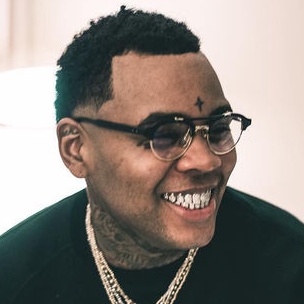 Kevin Gates Reveals Why He Agrees With Stacey Dash

Kevin Gates speaks on Stacey Dash’s comments on integration, says he agrees with her.

During an interview on The Feature Presentation on Sirius XM, rapper Kevin Gates was informed of comments Stacey Dash made questioning the existence of the BET Awards, Image Awards, and Black History Month.

After hearing about Dash’s comments, Gates revealed that he agrees with the actress. He then explained that he doesn’t see color, and instead sees people as either real or fake. The New Orleans, Louisiana lyricist even recalled his personal encounters with police brutality, explaining that they were a result of the way he “was conducting” himself.

“I agree with her,” Kevin Gates said. “Because it’s only two types of people. Real people and fake people. It’s no such thing as color in my realm. It’s no such thing. Cause I know some people of other ethnicities that’s solid…I thought that God said you supposed to love all people…Everybody came a long way. Go overseas. They don’t have welfare overseas. If you poor, you poor. So, I don’t be trying to hear all that ‘everybody came a long way’ talk…I had my ass kicked by the police. Beat the fuck up. It was the way I was conducting myself.”

When it personally concerns feuds with other artists on social media, he says it’s not worth entertaining.

“If I was beefing with somebody, you would never know…As far as Meek Mill and 50 Cent, I could care less,” he said. “If I was to see both of them right here and they get to shooting each other and killing each other right there. Man, I’d walk out the room and go the other way. Cause that ain’t my business what they got going on. That ain’t my business. And really, I got children, big brother. I’m not about to be playing with nobody outchea. Everywhere I go, I try hard not to step on nobody’s toes. Cause I know where it’s gonna go if I get into it with somebody. I’m going to jail for the rest of my life. If not, die…I’m intelligent enough to know that you’re just talking. When I see you, you gotta be all that shit you was talking about on Instagram…You can’t get me outta my character with talking.

Video of Kevin Gates speaking on Stacey Dash’s comments on integration, can be found below.