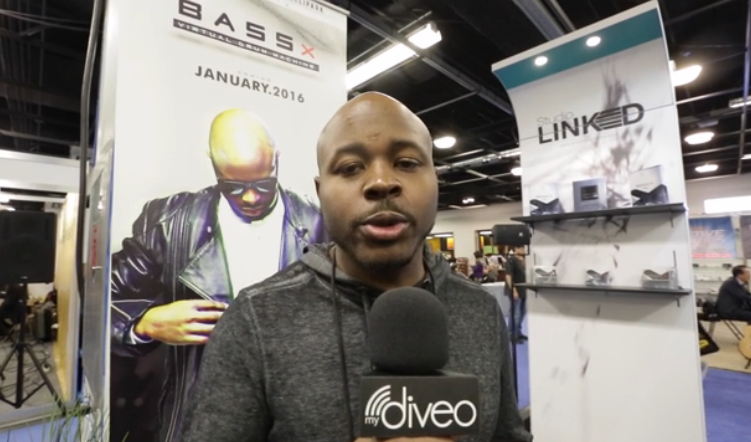 Mr. Collipark has crafted platinum magic with the likes of Ying Yang Twins, David Banner and of course, Soulja Boy, but in the present day, he’s focusing on lending aspiring musicians the tools to achieve similar success.

The veteran producer by way of College Park, GA (hence the name, “Collipark”) is currently out in Anaheim, CA for the NAMM, (National Association of Music Merchants) Convention, which is the biggest trade show for musical products, recording technology, sound and lighting. Within the parameters of booth, Collipark (real name Michael Crooms) unveiled his latest creation that is BassX (pronounce “basics”), a virtual drum machine that incorporates several beat patterns into once digital space. Trusted virtual distributor StudioLinked also serves as co-creators for the software.

While speaking to mydiveo on the showroom floor, Collipark broke down the reason he decided to come up with the idea in the first place.

“For me, when I move from the drum machine to the software, which is doing beats in the computer, it was hard for me to find one product that solved all my needs,” he explained.

“I’m a drum guy; I’m a club drum guy,” he continued. “I wanted to be a part of something that, as, a first-time producer, you can go to one place and find all of these cool sounds in one thing. And that’s what BassX does for the new, up-and-coming producer as well as–you could have been doing beats for 20 years and just need great club drum songs and BassX is that for you.”

He also cited the Ying Yang Twins’ “Whisper Song” as being his favorite creation, mainly for its innovative whispering across the entire track.

Watch Collipark elaborate on BassX down below. The full video will air on February 8, 2016 mydiveo LIVE TV’s weekly show on Myx TV at 10PM EST.