Lil Wayne Back To Sipping "Syrup" 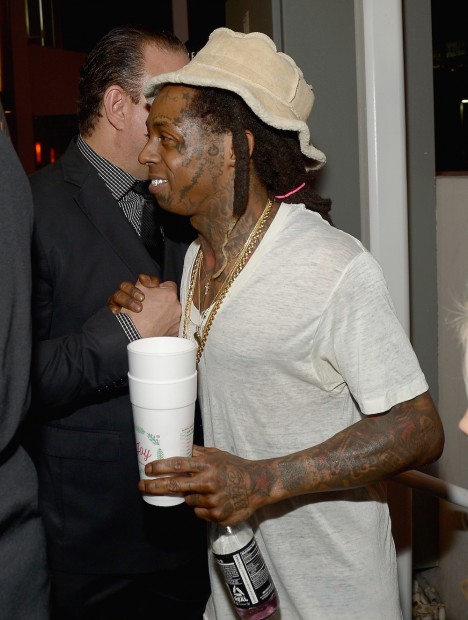 Lil Wayne is back to sipping “syrup,” after quitting the drug in 2013, TMZ reports.

The site says that Lil Wayne started taking the cough medicine drink, also called “lean” again a few months ago and is drinking it heavily.

The New Orleans rapper quit the drug in 2013 after a series of seizures. He told Katie Couric that the doctor advised him to stop using the drug, especially because he was also using pain killers, which include codeine. At the time, he also announced his ongoing battle with epilepsy.

TMZ’s sources say that Lil Wayne is not concerned about his health, even though he has still not fully recovered from the 2013 incidents.