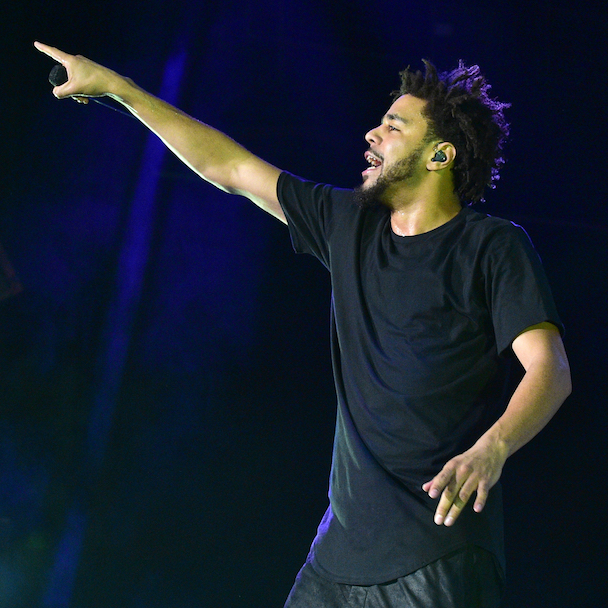 J. Cole performed every song off his album, 2014 Forest Hills Drive and brought out special guests Drake, Jay Z, YG and Big Sean during his performance.

Top Dawg Entertainment released a clip of Kendrick Lamar meeting with President Obama in a candid “Pay It Forward” clip via Vimeo on Tuesday (January 12).

The Grammy nominated rapper was reportedly nervous meeting the President as the two discussed the importance of mentorship.

“As a kid, having a mentor was vital to me,” K. Dot says. “Always being there when it counted allowed me to make some of the most important decisions while growing up. So it’s only right that I mentor a younger person with the same wisdom that was given to me.”

The two reportedly met in October when the rapper was in Washington, D.C. to perform at the Kennedy Center.

Ye opens up and laments on maintaining his relationships with his “Real Friends” and highlights the difficulties keeping up with close family members.

The Chicago rapper’s wife Kim Kardashian announced he will be releasing new music every Friday.

No word on if the two tracks will be on his forthcoming album SWISH, which is scheduled for release on February 11.