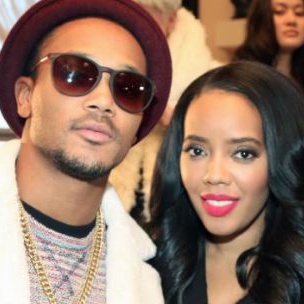 Romeo Speaks On Being Involved In Parents' Divorce

Romeo speaks on parents’ divorce, during The Breakfast Club interview.

While appearing on The Breakfast Club this week with fellow “Growing Up Hip Hop” star Angela Simmons, Romeo spoke on the need to be involved in the divorce between his parents, Master P and Sonya Miller.

“A lot of people have a misconception that you’re a celebrity and that everybody else wanna be a celebrity,” Romeo said. “And some people in my family just wanna be veterinarians, doctors, lawyers. And it’s sad cause I’m going through a very public divorce with my pops and my mom. And people always talk about ‘Why are the kids getting involved?’ If you don’t understand—If you ever been through a divorce, the kids are the most involved. And that’s just the truth. And nobody love my mom and my pops more than me…It’s like we have to get involved.”

During the pair’s interview on The Breakfast Club, Angela Simmons was asked about a conversation that took place between herself and Dame Dash, in the first episode of “Growing Up Hip Hop.”

Simmons explained that she felt verbally attacked by the former Roc-A-Fella Records co-owner, and was unable to speak her mind.

“He was talking and I just was listening, to be honest with you,” Angela Simmons said. “I just don’t think he understood where I was coming from. And he didn’t let me speak. He kind of—He just attacked me. And he didn’t understand where I was coming from. So, it was like I’m not gonna disrespect anyone. I wasn’t raised to disrespect my elders…I’m just gonna sit there and I’m just gonna listen. After a while I realized I wasn’t gonna win that. I’m not trying to win it. And I let him talk. He doesn’t know me. He doesn’t know my life. You know what you see, but you don’t know what I go through…It’s not that I grew up rough, but it’s just that he doesn’t know what point I’m at in my life now. What he’s saying is I’m in this little, protective bubble.”

“Growing Up Hip Hop” airs on Thursdays at 10/9 Central on WeTV.

Video of Romeo speaking on his involvement in his parents’ divorce, can be found below.