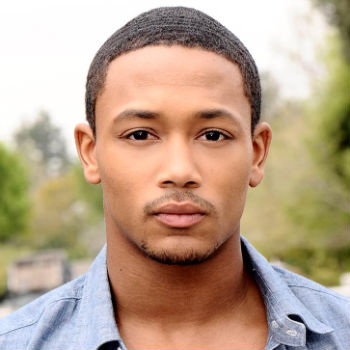 In a recently published Instagram post, Romeo says that he is deeply affected by his parents’ divorce.

Romeo, who is the son of Master P and Sonya Miller, addresses how fame puts pressure on families and shares that his siblings are having a harder time dealing with the public criticism than he his.

Romeo’s response to his mother suing him was previously reported.

His post is captioned, “We are all going thru something and I’m here to tell you, you will get thru it. My letter of #hope.”

Although I am in the entertainment business, I usually never shed light on the tribulations of my personal life. Over the years, I’ve seen the media build celebrities to their highest peaks just to tear them down for sport and I’ve always vowed to handle any family/personal problem privately just like any regular family would to PROTECT THE PEOPLE I LOVE MOST. Wrong or right, I’ve never found it fair how people gossip about others’ lives when they’ve never even met them.

Just like you are going through something, I am also going through something, the difference is…I have to figure it out in public, which sucks. My parents’ divorce is very public and has definitely taken a toll on us kids. From rumors of me hiding money to my father kidnapping his kids – from day one I’ve realized that the medias main goal is sell a story and could care less about the well-being of my family. I can handle this. I was BUILT for this, but not my little brother. I was BUILT for criticism, but not my sister. I was BUILT for judgement, but not my mother. Being a celebrity isn’t just about being famous, but one must meet a certain criteria, like being able to handle these things. Why do you think these CELEBRITY families crash and burn??? Just because you are related to Michael Jackson doesn’t make you HIM. But the pressure of being a celebrity begins to fall on the family as well and once again EVERYONE ISN’T BUILT FOR THAT!

Today I was SERVED by my own mother and although it hurts, I know that she can’t be 100% behind all of these ridiculous moves but instead is being guided by another’s greed.

The Bible says, ‘The devil will always try his hardest before GOD’s biggest blessings!’

I haven’t spoken to my mother in months due to advice she’s taking from her lawyers. It sucks because the only reason I’ve ever worked so hard was to make my mother proud. I’m the one in this business and I’m the one who has been the leas phased by it. As thankful and blessed as I am, sometimes I think things would be easier if I wasn’t famous. Fame for me is a part of my job, but I would trade it all just for my family to have happiness once again.

Jay Z said it best: ‘People look at you strange, saying you changed. Like you worked that hard to stay the same. Like you’re doing all this for a reason. And what happens most of the time: people change. People change around you because they start treating you different because of your success.’

This has been one of the most challenging lessons for me. Ther person in my life who I love the most, I can’t even talk to. But I truly know and believe that GOD wouldn’t give ANY of us anything we couldn’t handle. Each morning I wake up, I realize that I am not only blessed but it’s another opportunity for hope.”

I wrote this letter in hopes of not having to re address this personal matter each and everyday. We are all going thru something and I'm here to tell you, you will get thru it. My letter of #hope. ⭐️?❤️?