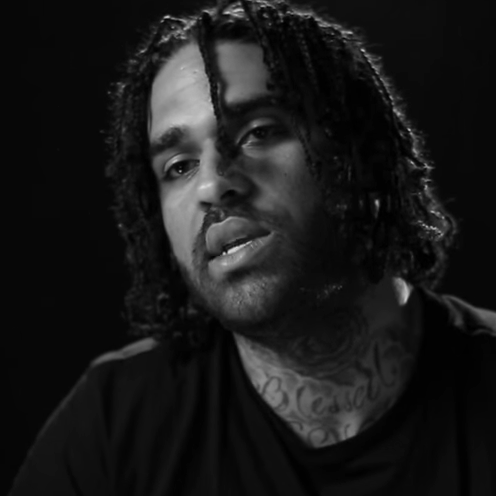 MixedByAli has made a name for himself as Top Dawg Entertainment‘s in-house engineer. The 26-year-old met Dr. Dre when Kendrick Lamar was finishing his major-label debut, good kid m.A.A.d city. He describes his first encounter with the Aftermath boss and lessons he learned from Dr. Dre in an interview with “Deflowered” on Snoop Dogg’s Merry Jane site.

He says that Dr. Dre was quick to calm his nerves over a drink of Tanqueray gin and a conversation about music. The discussion and ensuing work in the studio had a strong impact on MixedByAli.

“The first thing he told me, it was a quote that I still live with to this day,” he says. “He said, ‘It’s not what you’re working on. It’s who’s pressing the button.’ That stuck with me over these years. It just stuck with me because like the feeling that I got from that is almost like I was being trained in a sense even though it wasn’t like, ‘Oh, Dr. Dre’s training Ali,’ it was none of that. It was, ‘Let’s mix this record,’ but just the advice he had, the way he was instructing.”

MixedByAli details how Dr. Dre would mix the record and ask the protege if he understood each step.

The engineer explains how Dr. Dre had his own version of school and he would grade MixedByAli’s work as he sat back and listened. MixedByAli says in all the time, he did not receive a bad review.

“That type of feedback from that type of person, that’s super inspirational,” he says.

Watch the full interview of MixedByAli detailing lessons learned from Dr. Dre below: