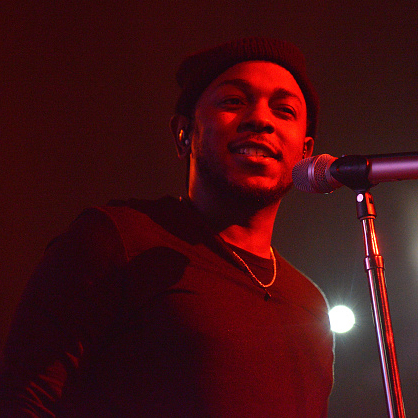 Kendrick Lamar gave a six-minute speech to his fans when he brought his “King Kunta’s Groove Sessions” with him to New York City’s Terminal 5 Monday (November 2).

The Compton, California rapper tells the crowd that the making of  To Pimp A Butterfly was like therapy for not only them, but for himself, as well.

“Within six months of good kid, m.A.A.d city dropping, the life of what I knew or knew what I was or think I knew, that shit changed within six months,” says Kendrick. “And you’re going through the vultures of the world telling you you’re great and you’re trying to make yourself believe that, but it’s hard because you’re institutionalized from where you come from.”

Kendrick also praises his fans for allowing his To Pimp A Butterfly album to do so well without going mainstream.

“I think this shit could live forever,” K. Dot says. “I’m looking at y’alls faces. I got some of the most loyal, dedicated fans in the world and New York is one of them. Don’t mind me I could talk all day. To Pimp A Butterfly. God allowed this mothafuckin’ album to soar all the way to the top, with no mothafuckin’ commercial success. God allowed this to be top-tier without a radio single.”

Kendrick’s 10-city tour is scheduled to wrap up Tuesday (November 10) in Oakland.