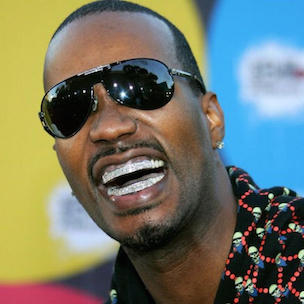 The Oscar-winning rapper-producer says that he got a call regarding the Cooper Barrett’s Guide To Surviving Life role close to midnight one night while he was sick with the flu.

“My manager hit me like, ‘Yo. They got this part. They want you to be in this TV show,’” Juicy J says during an exclusive interview with HipHopDX. “They were like, ‘You’ve got to be there at 9 o’clock in the morning.’ With a slight fever, I was like, ‘Fuck it. I’m a hustler.’ It wasn’t all about the money, man. It was about the opportunity. I got up and I did it.”

Cooper Barrett’s Guide To Surviving Life is set to premiere January 3 at 8:30 PM PST. The show focuses on Cooper (Jack Cutmore-Scott), who is a couple years out of college and still doesn’t have his dream job. He’s smitten with his neighbor across the hall Kelly Bishop (Meaghan Rath) and regularly finds himself in trouble with his roommates Neal (Charlie Saxton) and Barry (James Earl), whether it’s a night in jail, wild ex-girlfriends or having little money. The episode in which Juicy J appears is set to air in Spring 2016.

Juicy J, who also appeared in Three 6 Mafia’s Choices film in 2001 and its sequel three years later, as well as the hit television show Empire, among others, says that buzz surrounding his performance on Cooper Barrett’s Guide To Surviving Life has led to additional opportunities.

“A lot of stuff has been coming my way, which was shocking to me,” Juicy J says. “Once I did this one thing, everybody was like, ‘Yo, you really did good.’ My phone just started ringing and I started getting e-mails. Scripts are coming from all over the place.”

Juicy J, who won an Oscar for Best Achievement in Music Written for Motion Pictures, Original Song for Three 6 Mafia’s “It’s Hard Out Here For A Pimp” from the 2005 film Hustle & Flow, in which he also appeared, says he’s been been doing auditions for a number of movies and television roles, including cartoons, since filming Cooper Barrett’s Guide To Surviving Life.

Nonetheless, Juicy J says he’s still focused on music. He’s promoting his 100% Juice mixtape, which was released in September, and working on a number of projects with Wiz Khalifa, including opening studios in Los Angeles and Pittsburgh, as well as scouting new talent.

As his career progresses, he says he’s thankful for being able to work on Cooper Barrett’s Guide To Surviving Life.

“You never know what this could take me,” he says. “This is something I always wanted to do. I like doing movies and television. I always thought that shit was interesting. Music is always going to be my first love. I’ll never stop doing music, but this’ll be my second little hustle on the side. We’ll see where it goes.”

One place it may go will be releasing his own film and television projects, something he and Three 6 Mafia did with the Choices series and Clean Up Men.

“I know pretty much everybody in music,” Juicy J says. “I know everybody in TV. I know everybody. But I want to make sure anything I put down is gonna be classic. I’m not gonna throw no shit out there. It’s got to be set up right, done right.”