Strange Music’s Prozak has been rather successful on Tech N9ne’s label over the past few years and recently released his latest album, Black Ink.

“Number one, his talent,” he said via a segment of today’s (November 19) DX Daily. “I think it’s second to none and his live show is definitely second to none in Hip Hop and I think that alone is the reason but there’s other factors of course. I think the way Strange [Music] operates, the way they conduct business, they have great relationships with all these venues because they do everything professionally. We both know that in the world of Hip Hop that’s not always the case.”

Prozak also talked about his collaborative “Do You Know Who You Are?” song with Tech from Black Ink and what his role on it is.

“One of the songs is titled ‘Do You Know Who You Are?’ and it’s actually featuring Tech N9ne and Twiztid,” he explained. “It’s a very heavy track–all live drums, live guitars and he pretty much lets you know don’t forget who you are and it’s some gritty, moshpit, punch you in the face-type stuff.” 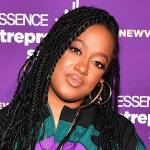