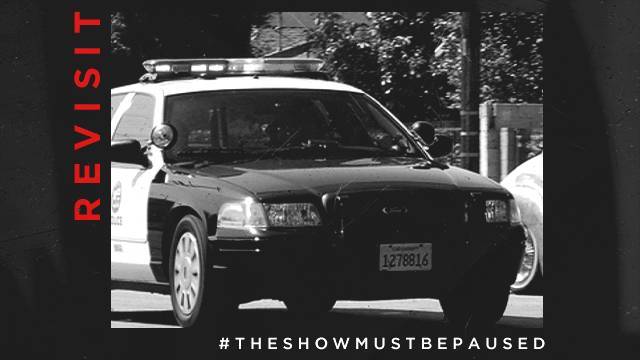 The video shows a man sitting in a car with a gun in his lap parked behind a police cruiser. After an investigation, the police announced Tuesday (October 6) that the video was a publicity stunt made by a 1990s Rap group trying to make a comeback. Officials declined to name the group. The man holding the gun in the video has been identified and police have obtained a warrant for his arrest. Another man involved in the video has been arrested for an unrelated crime.

The man who was killed reportedly threw a 40-ounce beer bottle through the back window of the police cruiser the two officers were sitting in. The officers thought they were being shot at, got out of the car and opened fire on the individual, killing him.

There was no weapon found in the man’s possession.

“Officers feel very, very vulnerable out there right now,” he says. “They feel that at any moment somebody could attack them. The officers feel terrible because they were 100 percent convinced that the guy was shooting at them.”

Fullerton says the officers were briefed on the video at least two times, including once on the day of the shooting.

Police Chief Charlie Beck told the Associated Press that he was not sure if the video caused the officers to react the way they did, but says their fear for their lives is understandable.

“Anybody that has any empathy whatsoever can certainly see where this set of circumstances would cause great concern,” he says. “You’re seated in your car, you’re aware that there are threats outstanding against police officers, and the rear window explodes.”