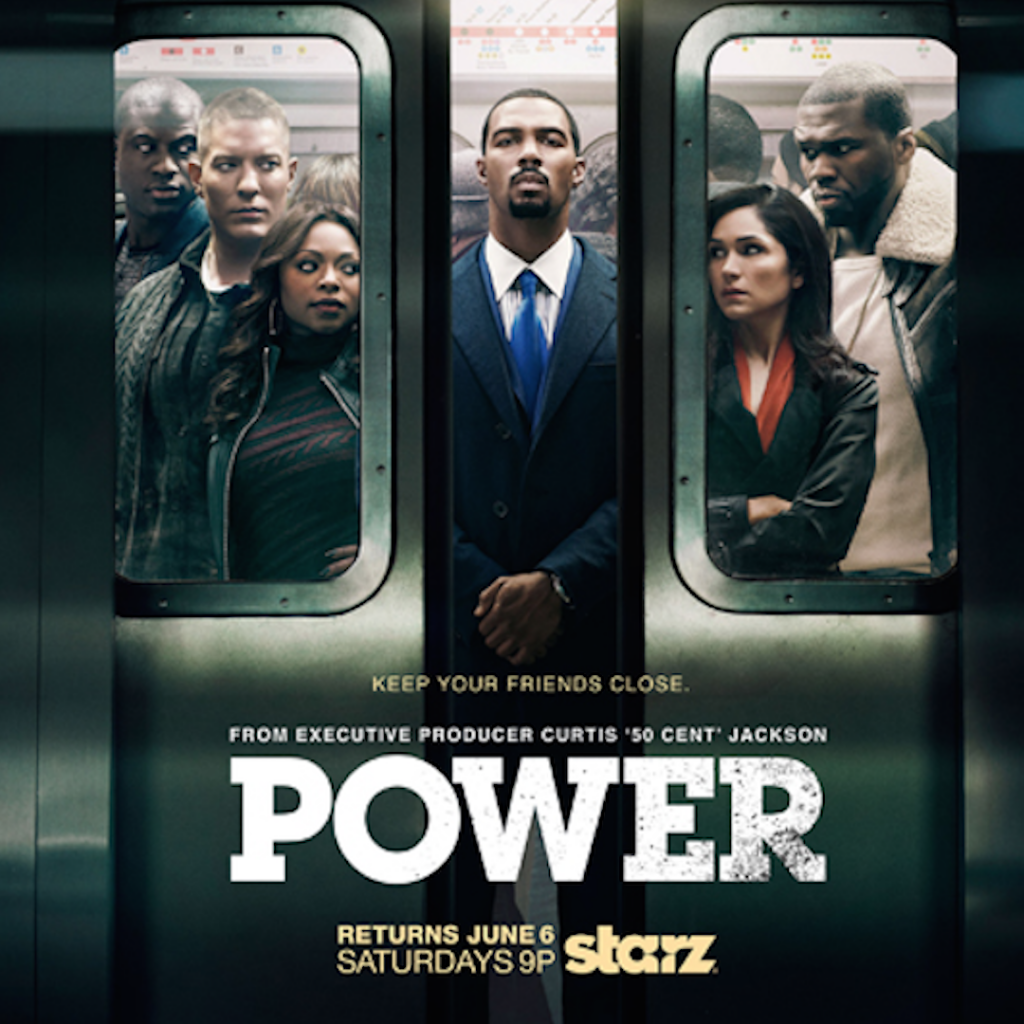 Probably, because he initiated them.

At an intimate roundtable regarding Power’s second season, held at the Park Hyatt hotel in New York City, the first question a reporter asks 50 and Power creator, Courtney Kemp Agboh, has to do with Empire.

The familiar inquiry is acknowledged with a grin from 50 and an eye-roll from Kemp.

“I started those comparisons by pointing out that they copied the marketing,” 50 responds. “That’s a part of me implementing things that I’ve done in the past in music culture. And what it is, is also attaching myself to their market…This same table couldn’t talk to people from Empire and not ask about Power, you know? It’s really just putting them both together on that note.  Our show is a lot more grittier, and it has the special touch of Courtney Kemp.”

“I actually feel kind of sad when we bring it up ourselves,” she says. “You know, I expect that kind of, sometimes, because people say, ‘Well the shows with black leads.’ Yeah, but are you watching the shows? Or are you just asking the question to ask me the question?” Both Kemp and 50 appear to be more receptive when HipHopDX asks about 50’s increased on-screen presence in the forthcoming season.

Despite appearing in just three episodes thus far, 50’s character, Kanan, plays a pivotal role in the show’s storyline. Power writers left viewers with a jarring cliffhanger at the end of season one: Kanan is freed from jail and Ghost (portrayed by Omari Hardwick) is almost killed inside of his nightclub.

“This is a tremendous actor,” Kemp says of 50 Cent to HHDX. “I think this season people are going to see his talent as an actor in a completely different way. He’s in most of the episodes this season. He’s in eight of the 10, so it’s like a lot of story that is being carried by Kanan.

“The first season we were very strategic about Kanan, because people were seeing 50,” Kemp continues. “In the second season, what we are hoping is that people stop thinking, ‘Look at 50.’”

“And we accomplished something that is very difficult,” 50 interjects. “It’s convincing the audience that the lead is going to die. I’m coming out and they are going, ‘Oh it’s his show. This mother-fucker done tricked us. He waited the whole time to get us at the end to say it’s his and now next season it’s all him and Ghost is dead now. Damn.

“It’s important to make [it] as dangerous as the lifestyle,” he adds.

As for the musical component to the series, 50 tells HHDX that fans can look forward to new songs for the show. He also hints that his sixth studio album, Street King Immortal, “will be out” before the next season ends and it should suffice as the soundtrack.

“Myself and Rotimi, one of the talents that you will meet in Season 2, we got a song called ‘Lotto,'” he says. “And I’m releasing my solo album, S.K.I., the material is starting to come out.”

Power is scheduled to begin airing its second season Saturday, June 6 on Starz.