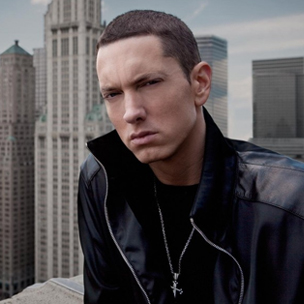 The Detroit rapper says that he didn’t think that his song “Stan” would resonate the way that it did.

“I didn’t know it was going to be so big,” Eminem writes of his song from his 2000 album, The Marshall Mathers LP. “When I was writing it, I just thought, ‘Whoa, people are going to get sick of this because it goes on for so long.’”

Elsewhere, Eminem says that he first saw the video for “My Name Is” on MTV.

“It came on really late at night,” he writes. “I was sleeping on the couch when Paul [Rosenberg, my manager] saw it for the first time. That’s when it was like, ‘Okay, this isn’t a joke anymore.’”

One thing Eminem doesn’t recall, however, is recording the original version of his smash single “Lose Yourself.”

“This is going to sound stupid, but I have no recollection of the demo version on Shady XV,” Eminem writes. “Paul remembers me doing that but I don’t know where I recorded it, I don’t even know when I recorded it. I did a lot of drugs, so my memory is all over the place.”

To read all of Eminem’s annotations, visit Genius.

After checking out @Genius, I had to go on and talk about some of MY tracks.. check them out now: http://t.co/AYBL32WATz