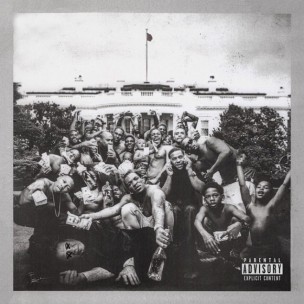 Kendrick Lamar’s second studio album, To Pimp A  Butterfly, concludes with a dream-like encounter with the deceased Tupac Shakur.

Throughout the album, Lamar pieces together a poem that comes together for listeners during the album’s final track, “Mortal Man.”

The poem turns out to be dedicated to Tupac and a segue into a series of questions Kendrick has “always wanted to ask” Pac.

DX unearthed the original interview with Shakur and posted it one day after To Pimp A Butterfly was released via iTunes.

XXL recently caught up with Mats Nileskår, the Swedish radio host who conducted the actual interview with ‘Pac 21 years ago at an Atlantic Records office in New York City.

In November 2014, Nileskår says he received a call from Top Dawg.

“He said something like, ‘Finally I caught you, Kendrick has been living with this interview for a couple of months and it’s sort of the final piece of the puzzle to go through with the album.’ And that was it,” Nileskår says.

He obliged and remembers being both “happy” and “surprised” at the request.

“It’s surreal, but it’s a great honor,” he told XXL. “It’s like breaking the boundaries of life and death like that.”

The same day (March 16) To Pimp A Butterfly was officially released, Nileskår shared a Tweet via his P3Soul account commenting on Kendrick’s fictional exchange with Tupac.

“Could not have done the pac interview better myself @kendricklamar,” he wrote. “Much respect.”

Nileskår knew his interview with Tupac, at the time, was significant. He says he’s only conducted two other interviews that he believes were “historical” or “once-in-a-lifetime”: one with D’Angelo before 2000 and the other with Aaliyah two weeks before she died in a plane crash leaving the Bahamas.

If artists do decide to add Nileskår’s interviews to their albums, he has plenty to choose from.

“Maybe it’s a trend,” he says. “Maybe Drake would like to interview Aaliyah, who knows?”