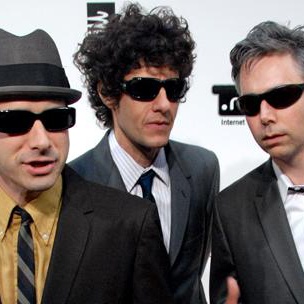 Although the Beastie Boys were awarded $1.7 million in their lawsuit against Monster Energy, they’re now requesting an additional $2.4 million from the energy company. Billboard.com reports that according to the group, Monster Energy ate up the initial $1.7 million they were granted in the lawsuit due to legal costs that were worsened by the company.

A filing penned over the weekend states that two years of litigation, an eight-day trial, and Monster Energy’s efforts to overturn the verdict resulted in a hefty legal bill for the group.

“Monster’s tactics significantly increased the costs for Beastie Boys to vindicate their intellectual property rights, such that, absent an award of attorney’s fees and costs, plaintiff’s success at trial would become a Pyrrhic victory,” they wrote in a filing Saturday (January 17), Billboard.com reports.

The Beastie Boys initially entered into a copyright violation case against Monster Energy after the company used the group’s songs in one of their online videos without permission. The company fessed up to wrongfully using the group’s songs, but added that it should owe the group no more than $125,000.

With their past decision to never license songs to endorse commercial products, the Beastie Boys found themselves in a similar predicament in 2013 after the GoldieBlox toy company used a parodied version of the group’s “Girls” record in one of their commercials. The company ultimately agreed to take down the commercial.