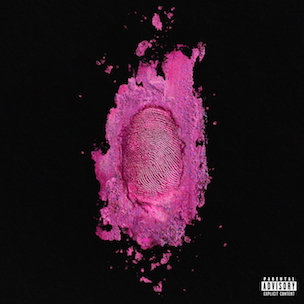 With 2015 fast approaching, the second-to-last weekly sales report of the year from Billboard includes a number of big Hip Hop sellers. Nicki Minaj’s third album debuted as the #2 album in the country behind only Taylor Swift’s still huge 1989. Lower down the list, J. Cole has fallen to #4 after putting up the best first-week sales numbers of any Hip Hop artist in 2014.

Finally, D’Angelo’s long awaited return to music earned him a spot at #5 following a surprise, midnight release last week. Lower down the list, Kevin Gates’ latest offering reached #38 while Eminem’s Shady XV continued to fall, bottoming out at #54 as of this past Sunday.

After weeks of speculation about the album’s commercial viability, Nicki Minaj’s Pinkprint sold a total of 198,142 in its first week on shelves and online. Minaj’s third studio album was helped to the runner-up position thanks to a huge week of streaming numbers, topping out at 16,847,401 plays across platforms.

Minaj’s latest record was given a four out of five in HipHopDX’s review with writer Marcus Dowling writing that “The Pinkprint runs a middle path between pop over exertion and real lyricism, creating an everything for someone aesthetic that Nicki doesn’t allow to shift into wastefulness. As such, it is an ambitious undertaking Nicki has wrangled in highly entertaining fashion.”

Breaking nearly 15 years of musical silence, D’Angelo surprised fans everywhere with a surprise album release last Sunday (December 15). The album, which has been widely well received by critics, shot to #5 on Billboard’s Top 200 thanks to a total activity count of 117,106. Black Messiah sold a total of 111,040 albums as of this past Sunday (December 21) and was streamed more than five million times in a single week period.

D’Angelo’s Black Messiah received a 4.5/5 rating on HipHopDX with the writer describing the release as a welcome return. “After so many years, [an] unwillingness to settle into the same groove is part and parcel to the D’Angelo we’ve all been waiting for. There’s a comfort in not having to worry about more new music for now. There will be years spent with Black Messiah; it deserves the time to grow. And rise.”

Note: The figures below represent this week’s “total activity,” an intersection of album sales, single sales, and streams. A pure album sales figure is available in parenthesis and information about each album’s streaming count is available in brackets.