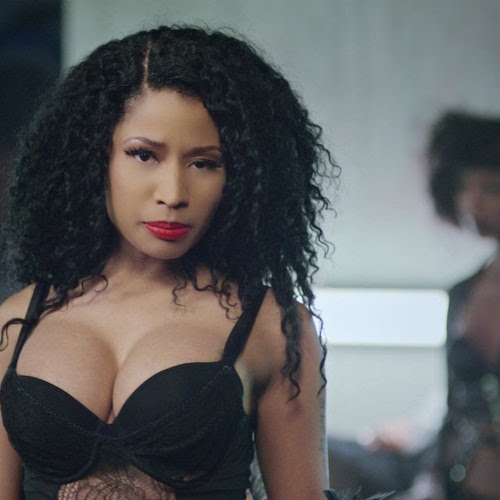 Nicki is reportedly featured in the publication’s January 2015 issue.

The glossy cover depicts The Pinkprint rapper in a slender tank top that barely covers her breasts.

This is the first time Nicki has graced the pop culture publication.

This year, Nicki racked up enough magazine covers to fill a newsstand. She’s appeared on the covers of Billboard, ESPN, Fader, Complex, Dazed and Vogue, among others.

The review also says Minaj “breathes fire and oozes soul every time she touches the mic.” 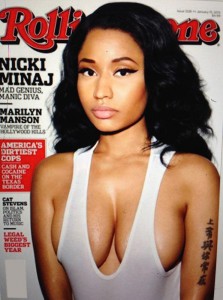 Within the cover story, which hits stands January 2, Minaj says she aimed to be more introspective on this album.

“One of my goals was to give people a glimpse into my personal life, because it’s something I’ve kept very private,” she told RS.

Dealing with her break-up with longtime boyfriend Safaree Samuels also presented a dilemma for her.

“I struggled with, ‘Do I express these feelings?’ And I decided there’s no reason for me to hide. I’m a vulnerable woman, and I’m proud of that,” she said.

Rolling Stone has released a few excerpts from the main story via its website. Below, Minaj speaks on her distaste for artists who don’t craft rhymes responsibly. “I hate when artists brag about not writing rhymes, or doing things really quickly, and then it’s not great,” she says. “It’s ill when Jay Z or Wayne say it, because the results are great. When they’re not? Sit your ass down and figure out something new to say!”

She also discusses getting an abortion after getting pregnant during her teenage years.

“It’d be contradictory if I said I wasn’t pro-choice,” she says. “I wasn’t ready. I didn’t have anything to offer a child.”