According to Brooklyn, New York rapper Necro, Master P was the artist who encouraged him to take ownership of his masters and start his own record label. While speaking exclusively with HipHopDX, the New York City wordsmith referred to Master P as his “idol on independent/street business.”

Necro went on to add that Bad Boy Record’s Puff Daddy and Death Row Record’s Suge Knight opted not to offer any music industry advice while Master P did the opposite.

“One positive thing for me that I can say is I own every master on my catalogue,” Necro said during an interview that premiered in the DX Daily today (October 28). “I got 43 titles on Psychological Records. And I learned that from Master P. Master P is my idol on independent/street business. Because he was the only dude in interviews that was teaching you. Puffy wasn’t teaching you. Suge wasn’t teaching you. They was doing it. The same shit Master P was doing at that time. Independent, getting deals themselves. But they weren’t explaining to you that you could go in the street and sell a CD for $8 or whatever and sling it.”

Necro recalled being excited after reading interviews featuring the No Limit Records helmsman in magazines like The Source and Vibe.

“P was literally…He gives details,” he said. “I would finish reading a Master P interview and get fuckin’ pumped. And that got me—I started my own label. My first release, ‘I Need Drugs.’ I own that one. You go to most groups—Even in the underground, like a Babygrande will own their shit…So, when they put their shit up for digital and the new money in the last three, four, five years is coming in it’s going to Fat Beats. It’s going to Babygrande. It’s going to them. I get my money directly to me.”

Necro’s commentary on Master P comes weeks after Snoop Dogg doted on his time spent at No Limit Records. The Long Beach, California rapper also declared that, “If it wasn’t for No Limit it wouldn’t be no money in rap.”

“Mothafuckas can look at me like they crazy right now, but nigga, it was no money in rap until Master P came out,” Snoop said during an episode of his GGN web-series, which aired last month. “Nigga, I was on Death Row Records. We made more money than any of you niggas, all you rap labels. Suge had all the money. He gave us a little bit. But nigga, when Master P came out everybody on No Limit had money. We had money, guns, cars, everything. Thank you, Master P.” 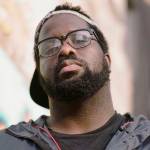