Remy Ma has announced her upcoming mixtape, I’m Around.

The tape is set to include some lyrics about her recent stint in prison, Remy Ma says.

“It’s kind of impossible, after being in prison for six and a half years and being home for 19 days, to not talk about what I’m going through right now,” Remy says in an interview with MTV. “It’s very hard not to bring up what I went through. In the future, I don’t want to dwell on the past. I don’t want to dwell on the past now, but that was a large part of my life so it has affected me in a lot of ways. It will show in my music.”

Remy, who was released from prison last month, says she also plans on working on her new album, which is slated to follow the tape.

Remy hopes the mixtape will be released next week, she says.

UPDATE: The cover art for Remy Ma’s I’m Around is below. 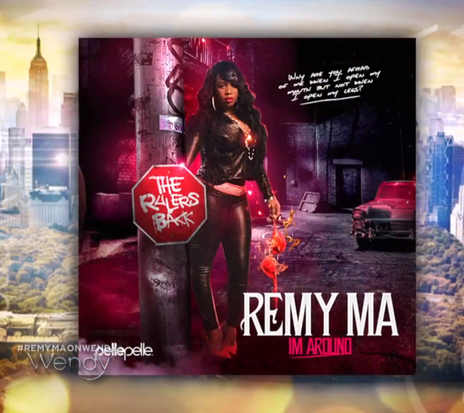