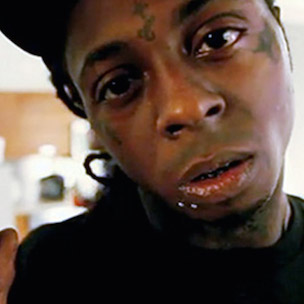 In episode 21 of his “Weezy Wednesdays” series, Lil Wayne addressed the Battle Rap culture and the battles on the card at Saturday’s (July 12) Total Slaughter.

Speaking generally about the battle culture, Lil Wayne states “it’s very dope” and that “it can’t be done by many.”

“I did hear that [Joe] Budden lost,” Lil Wayne says. “Not sure who won out of [Murda] Mook and [Loaded] Lux yet, but as far as my opinion on battle rapping, I think it’s a cool sport. What I mean by that is, I think it’s something cool to do. I think what they do is very very, very fuckin’ cool. Very dope. It can’t be done by many. I can be the first to say that it can’t be done by me. I don’t know how to Battle Rap. You don’t see me diss. I don’t diss people. I don’t really know how to do that. But what I think about Battle Rapping, I think it’s dope. I think it’s awesome.

“What I think about Murda Mook and Loaded Lux battling again? I think that’s fuckin’ crazy,” he continues. “Because them two niggas is fuckin’ bananas although my nigga [Jae] Millz and Mook they kind of went at it and you know I gotta go with my nigga Millz [laughs]. But I’m letting you know now, Mook, don’t come at me, dawg. Don’t swing at my neck, I’m bowing out, pause, [laughs]. I’m letting ya’ll fans know now, I ain’t fuckin’ with Mook.”

To hear more from Lil Wayne, and to watch the interview, visit Battle Rap.