Lecrae announced today (July 16) that he will be touring the United States along with Andy Mineo and DJ Promote on the Anomaly Tour. Pre-sale for the Anomaly Tour begins July 21.

The tour is slated to start in Houston October 3, with the artist lineup subject to change by city.

The Anomaly Tour shares its name with Lecrae’s upcoming album, which he recently released the tracklist and cover art for. Since announcing the album, other artists and athletes have tweeted the “#anomaly” hashtag, including Derek Minor and Jeremy Lin.

The Grammy award-winning artist announced the presale date of the album in a tweet and also said that he will release new music Tuesday (July 22).

Andy Mineo, who is signed to Lecrae’s Reach Records, released Never Land in January, which debuted as the #2 Hip Hop album on iTunes. “The core fans have really loved it, and I think the new fans, or new people who were introduced to it, have become fans,” Mineo said in an exclusive interview with HipHopDX.

The Anomaly Tour poster, tour dates and Lecrae’s tweets are as follows: 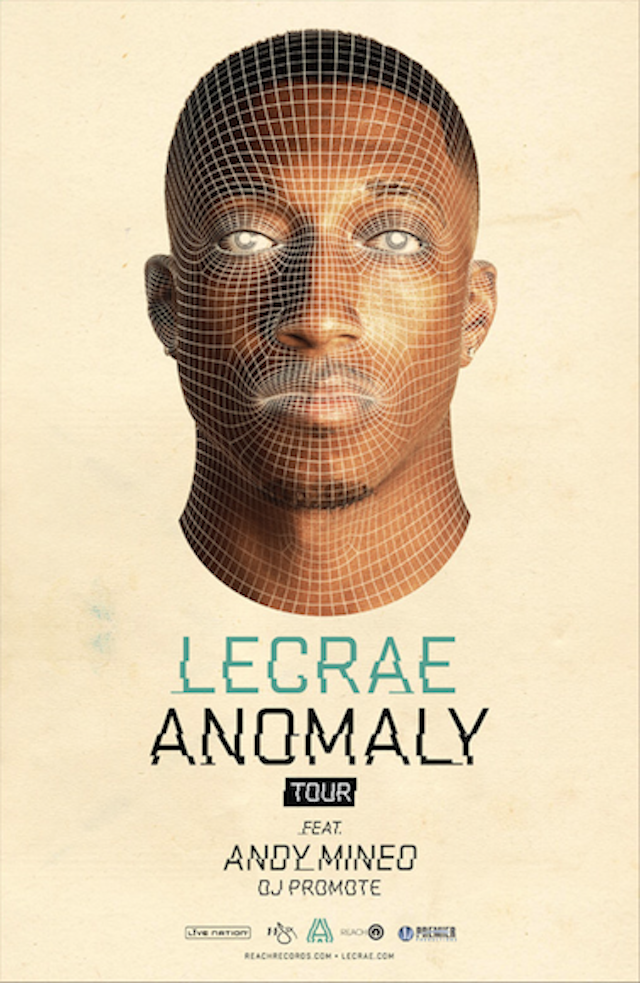