Nas Reportedly Not Your Old Droog

When rapper Your Old Droog released an eponymous project recently, many speculated that it was Nas’ alter ego with the pitch altered. Some, have reworked the pitch on songs to try to try to prove that Your Old Droog is actually Nas.

Apathy recently commented on the similarities he hears between Your Old Droog and Nas. “I refuse to believe Your Old Droog is not Nas. This dude is flawless. Sounds like Nas pitched down,” Apathy said on Twitter.

However, some have spoken out about this amid the speculation. Nahright has confirmed that Your Old Droog is not Nas in a Twitter post, saying that the site’s Twitter account runner has met Your Old Droog. Complex’s Dharmic X has also written a piece about his encounters with Your Old Droog. Dharmic X calls the notion of Droog being Nas “plausible,” but denies its validity. “The reality is that Droog is not Nas,” he writes. “I know this because I have met him.”

Nas has not commented on this publicly.

Nas recently announced his label, Mass Appeal, which is also a publication. The publication’s Twitter account posted the following on the similarities between Nas and Your Old Droog: “Is @YourOldDroog actually @Nas? We’ve been sworn to secrecy. Listen to his new EP and decide for yourself.”

Droog’s EP is below, following the pitch-altered version of “Gunsmoke Cologne.” 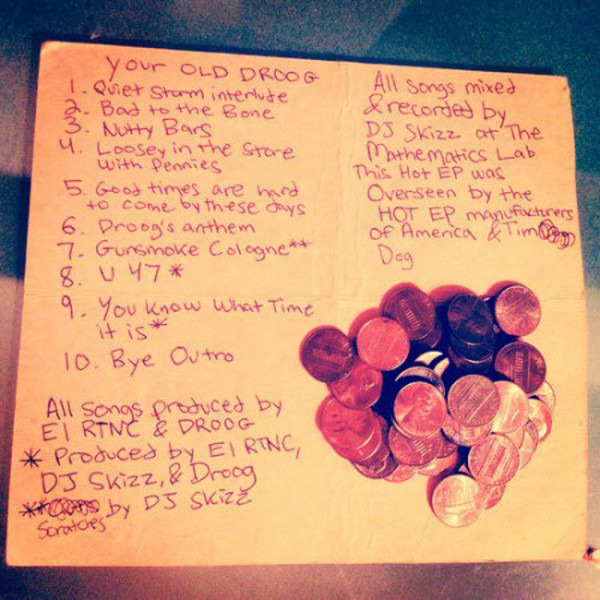