Rich Homie Quan recently suffered seizures during a music video shoot, but the rapper says it was not due to drug use. The rapper addresses the situation in an official statement.

“I just want to thank my fans and everyone who has called concerned about me,” Quan says. “I want to clear up two things, after being in three states in three days, up early having to shoot my video for ‘Walk Thru’ and even sleeping in between scenes on top of filming in this humid Atlanta heat, I fainted and hit my head.

“It’s no secret that I do turn up,” he adds. “I don’t deny that but I’m not addicted to anything including drugs nor was I leaning at the shoot. The media is gonna put fake stories out there but I just want to let my fans know that I’m good and recovering. The second thing is, I promised I will never stop going in and I mean that.”

After Quan’s seizures were reported, TMZ also ran a story regarding lean’s alleged impact on the rapper’s health, saying the following:

“His rep called it heat exhaustion…but sources close to the rapper think lean — aka sizzurp — may have played a part. We’re told Quan was on a lean binge for days, and stopped just 3 days before the seizure. The drug can reportedly stay in your system for up to 4 days — even longer depending on the dose … and we’re told he was a heavy abuser. Quan’s not shy about his love for lean … he’s posted videos that show him mixing lean on an airplane and in a shopping mall.”

The publication also posted the following image along with the report. 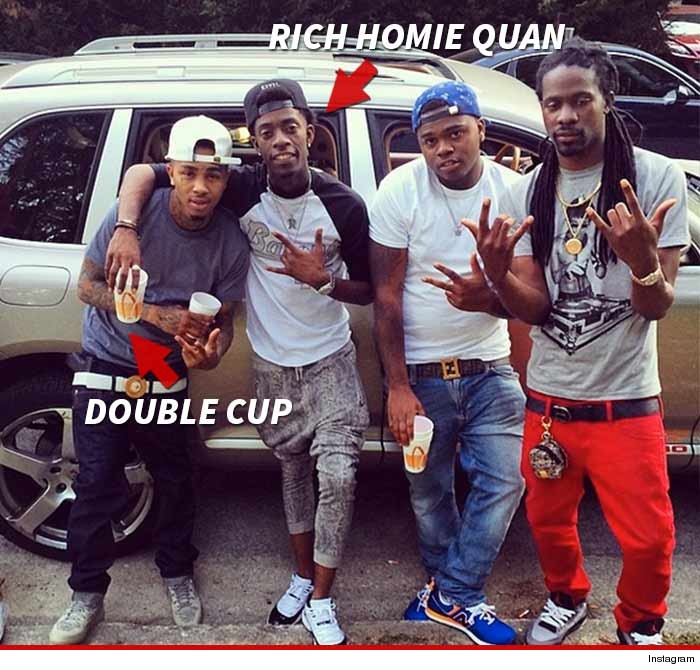 The rapper addressed the seizures yesterday (May 7) on Twitter.

“First and foremost I want to Thank God for his blessings. Your boy just been grinding too hard. Thanks for all of the prayers… I’m okay,” Rich Homie Quan said.