ScHoolboy Q, Dr. Dre and Scarface are among the “Most Profane Rap Artists – Cuss Words per Song (1985-2013),” according to a study published on besttickets.com.

“We examined profanity in popular rap music since 1985,” the article says. “The key word here is ‘popular.’ To do this, we selected the five albums from each year that we deemed as the most influential or important. Total sales, artist name recognition, and album hit density all factored into our album choices. Ultimately though, it was our own perceived popularity of each album that determined if it made the cut.”

As for the most profanity per song on an album, the #1 spot is held by Too $hort’s Raw, Uncut & X-Raided, followed by N.W.A’s Efil4Zaggin.

Charts from the story are as follows: 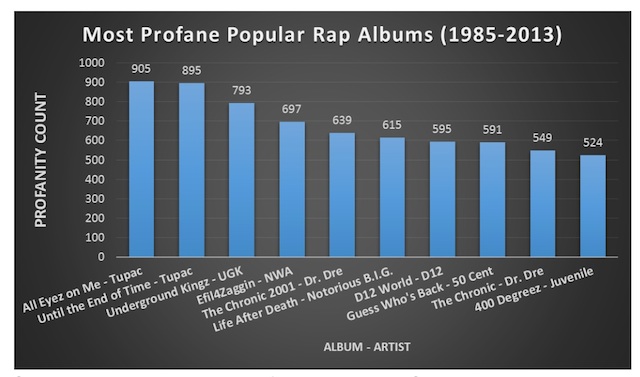 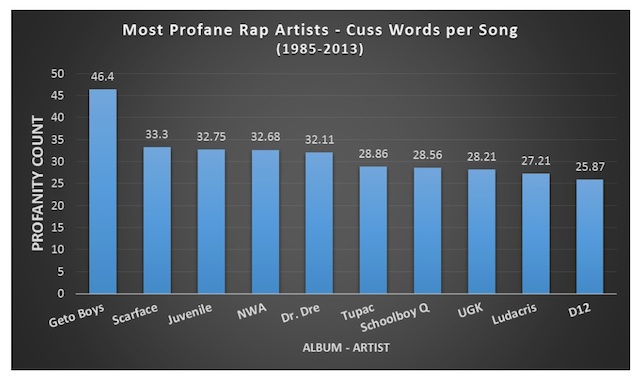 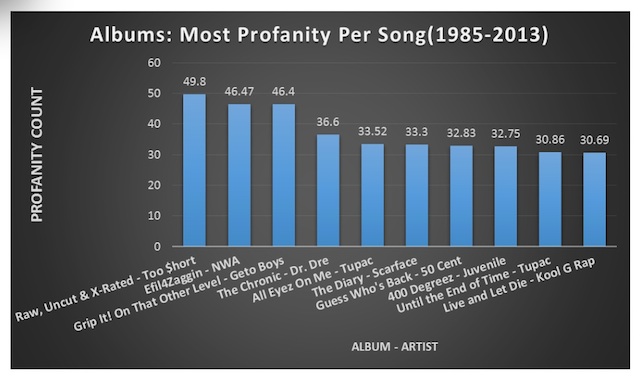 RELATED: ScHoolboy Q: “I Love Interscope, But I Wish I Could Have Just Stayed With TDE”