Lord Jamar Says Dr. Dre Took The Make-Up Off When He Came To Hip Hop

Lord Jamar, who has been critical of Kanye West wearing a dress, says that Dr. Dre had to alter his attire once he went to Gangster Rap pioneers N.W.A from the Rap-R&B group World Class Wreckin Cru.

“When Dre came to Hip Hop, what did he do?” Lord Jamar says. “He took that bullshit off because, he knew that shit could never fly. That shit could never fly in Hip Hop. That was some R&B-type shit they was doing. When he came to Hip Hop, he took that fucking make-up off, that lace shit and put some fucking [Los Angeles] Raiders shit on, some sneakers and all that, and said, ‘Let’s go. Let’s keep it hard.’ You know what I mean? Because Hip Hop is hard. It’s not soft. [Laughs]. Hardcore. You never heard of soft-core Hip Hip. The fuck? But now you might. Now you might hear a genre called Hip soft-core ’cause we’re getting to that point.”

During his rivalry with Dr. Dre, Eazy-E put a photo of Dr. Dre from his days in the World Class Wreckin Cru in the album art of his 1993 EP, It’s On (Dr. Dre) 187um Killa. The photo is as follows: 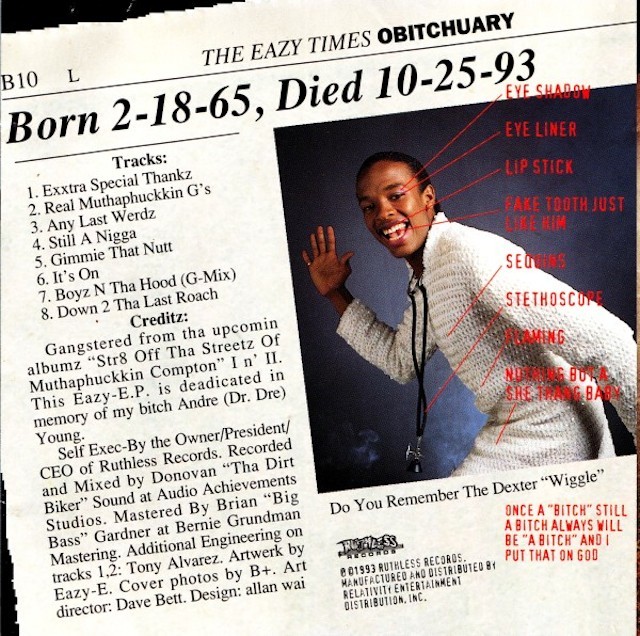 Lord Jamar says that was the first time he had heard of World Class Wreckin Cru and Dr. Dre’s role in the group, which also included future N.W.A member DJ Yella.

Dr. Dre isn’t the only Rap pioneer who wore outfits many have deemed questionable. Nonetheless, Lord Jamar said he draws a distinction between what Dr. Dre did with the World Class Wreckin’ Cru and what Afrika Bambaataa & the Soul Sonic Force wore, for instance.

“I would call that shit more weird than gay,” Lord Jamar says of Afrika Bambaataa & the Soul Sonic Force’s attire. “They weren’t trying to be straight feminine with it, like, you know what I mean? They being more extravagant and trying to be entertainers, rather than trying to be some gender-bender.”

A photo of Afrika Bambaataa & the Soul Sonic Force is as follows: 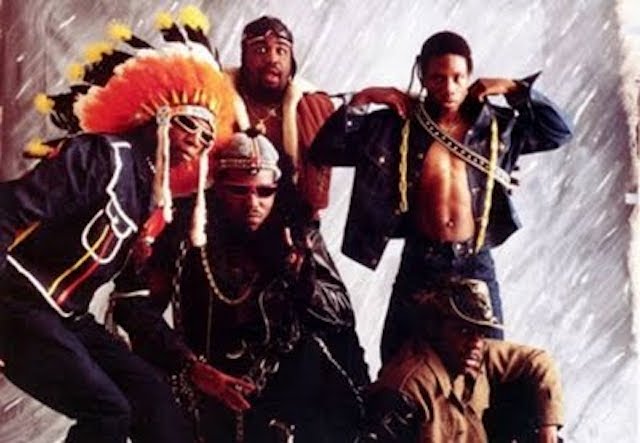