Pat Stay and Dizaster faced off in a match-up at King of the Dot’s “Blackout 4” event where Pat Stay held on to his title as the company’s Battle Rap champion.

Organik, the company’s owner and co-founder spoke about the battle saying that it was “the best title match in King of the Dot’s history.”

Dizaster acknowledged that Pay Stay “deserved” to win the match-up.

“He deserved2win cuz he was cleaner more polished & had it down.i guess that will always be my downfall , my material was crazier but oh well,” Dizaster said in a Twitter update.

The battle and the other matches on the King of the Dot card for “Blackout 4” are still available via kotdtv.com.

Dizaster followed the title match by announcing that he is slated to quit Battle Rap. 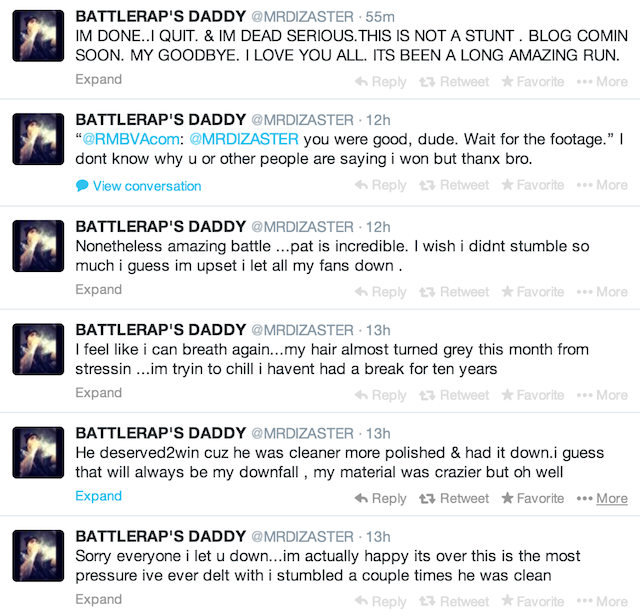 A stream of the event’s press conference, released before the battles took place, can be viewed below.