De La Soul, Slum Village, DJ Premier and Pete Rock are among the artists scheduled to appear at Dilla Day Detroit, which is slated to take place February 7 at The Fillmore in Detroit.

DJ Premier and Pete Rock are set to participate in a face-off battle, while De La Soul and Slum Village are scheduled to perform.

Phife is also set to show the video for his “#dearDilla” song at the event. Phife has diabetes and Dilla died in 2006 from complications from Lupus. He was 32. Phife and J Dilla first worked together in the 1990s, when J Dilla produced for A Tribe Called Quest, of which Phife is a member.

Dilla Day Detroit is set to take place on what would have been Dilla’s fortieth birthday. He was a member of Slum Village and also produced for Common, Busta Rhymes and Erykah Badu, among others.

The Dilla Day Detroit flyer and Phife’s “#dearDilla” are as follows: 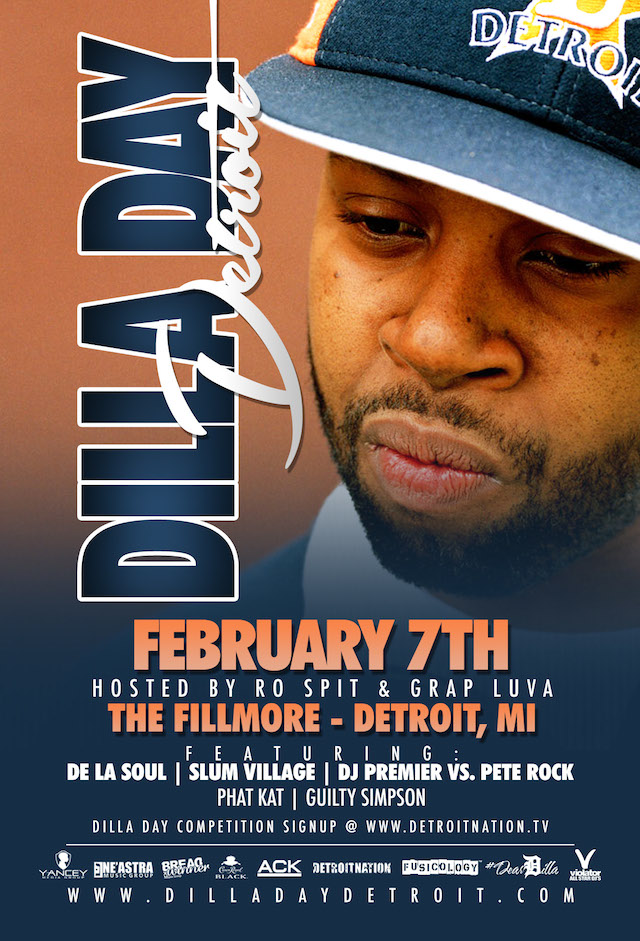 RELATED: Phife Says He Didn’t Know J Dilla Was “Sick Until It Was Too Late”