Jay Shells, a 34-year-old artist from New York, had an idea while listening to Big L one day. “On 139 and Lenox Ave there’s a big park,” Big L raps on “Lifestylez Ov Da Poor & Dangerous.” “And if you soft don’t go through it when it gets dark.” The line sparked Shells instantly, he says.

“A lightbulb just went off in my head,” Shells adds in an exclusive interview with HipHopDX. “I decided it was important to mark that corner with that lyric as an important historical landmark in New York’s Hip Hop history.”

Shells then decided that he would do this throughout New York. He printed the rhymes on street signs and posted them where he felt they belonged based on locations named in raps.  “I had used street signs as a graphic medium before and decided that it was the best vehicle to carry this campaign, as well,” Shells says. “I then began designing all of the signs for the lyrics I gathered and went out installing.”

The Big L lyric may have been the spark for the initial idea, but it was not the first he posted, Shells says. Instead, he recalls his first sign being inspired by Jeru the Damaja’s “You Can’t Stop The Prophet.” “Show me the exact spot,” Jeru raps on the track. “Meet me at Hoyt and Schermerhorn at three on the dot.”

With the rhyme in mind, Jay Shells says he went to the location with a friend, Aymann, who was documenting the project for AnimalNewYork.com. The two found a pole to attach the sign on, but there was a problem.

“It was totally cockeyed, as if it was hit by a car,” Shells says. “But the point of the project is to mark as close to the exact location mentioned in the lyric, so I had to use this pole. I got it up no problem, but as I recall, I almost fell over because it was so crooked. That weekend, I got up 30 signs all over New York.”

The project, which started in New York, has since moved to Los Angeles. Jay Shells recently posted a video showcasing his Los Angeles signs. From New York to Los Angeles, rappers have started to take notice.

“I have gotten feedback from maybe 30 percent of the emcees [featured in the project],” Shells says. “Whether they shared it themselves on Twitter, Facebook or Instagram, or they actually wrote to me thanking me for it, it’s nice to hear from them as a fan. This project is a way for me to give back to the music that inspires me and my work, so to get any recognition at all for it feels good. It means I am reaching people and reaching some of the artists themselves.”

“In both cities, I have had police eyes on me during an install and never a comment,” he adds. “If I was using a can of spray paint, it would certainly be a different story.”

While he’s posted in both New York and Los Angeles, Jay Shells says the project will expand to other cites, as well.

“Let’s just say I have bigger plans for this project,” Shells says. “I am bringing this project to other cities. Next stop is Philly.”

Shells also hopes to interact with fans who wish to send him suggested lyrics for his run in Philadelphia. He says fans can suggest rhymes via @TheRapQuotes, his Twitter account for the project. “Remember that they must be very specific locations shouted out, not just a street,” he says to those wishing to suggest rhymes. “If you look at what I’ve done so far, you can see what I mean.” 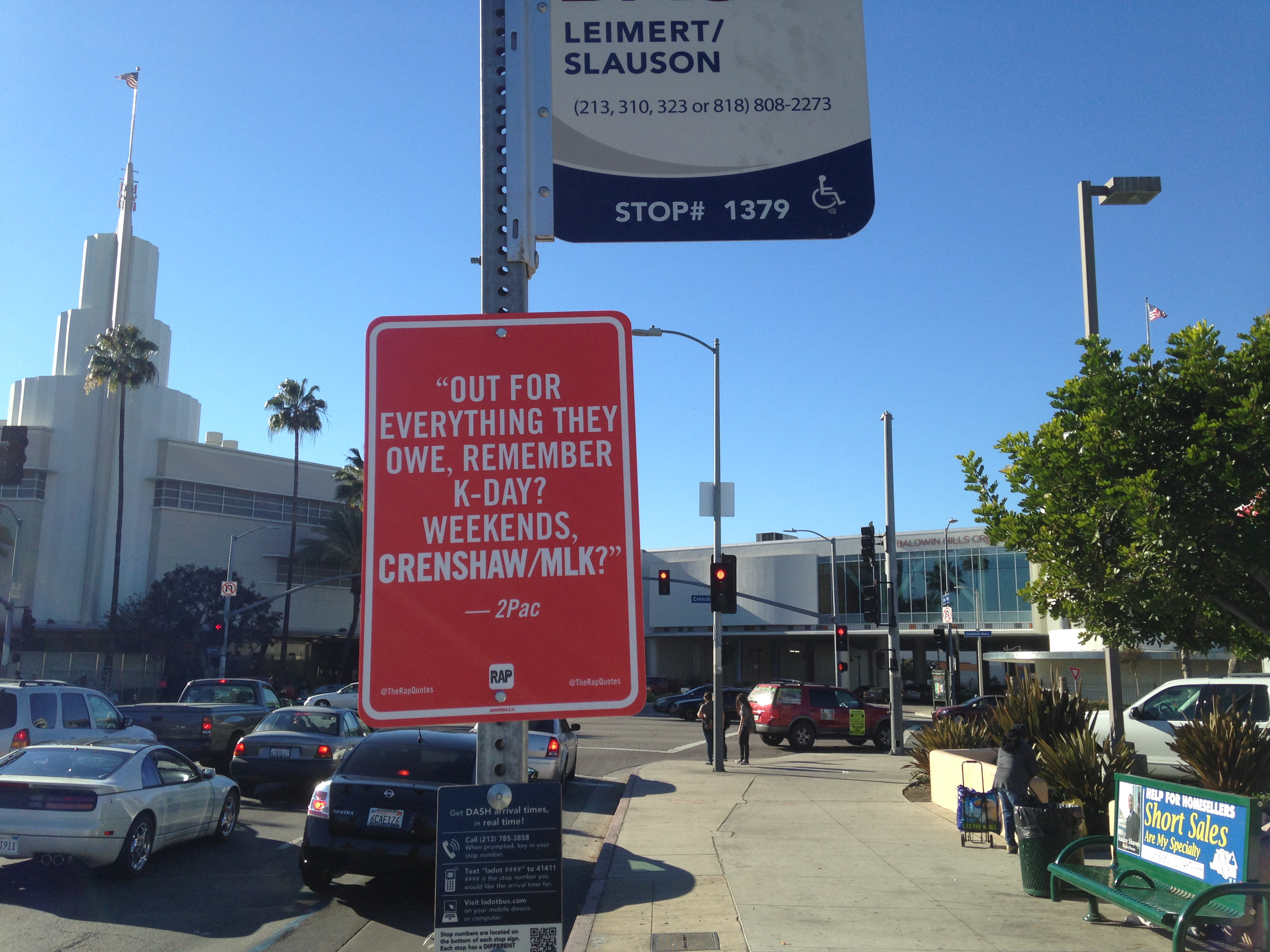 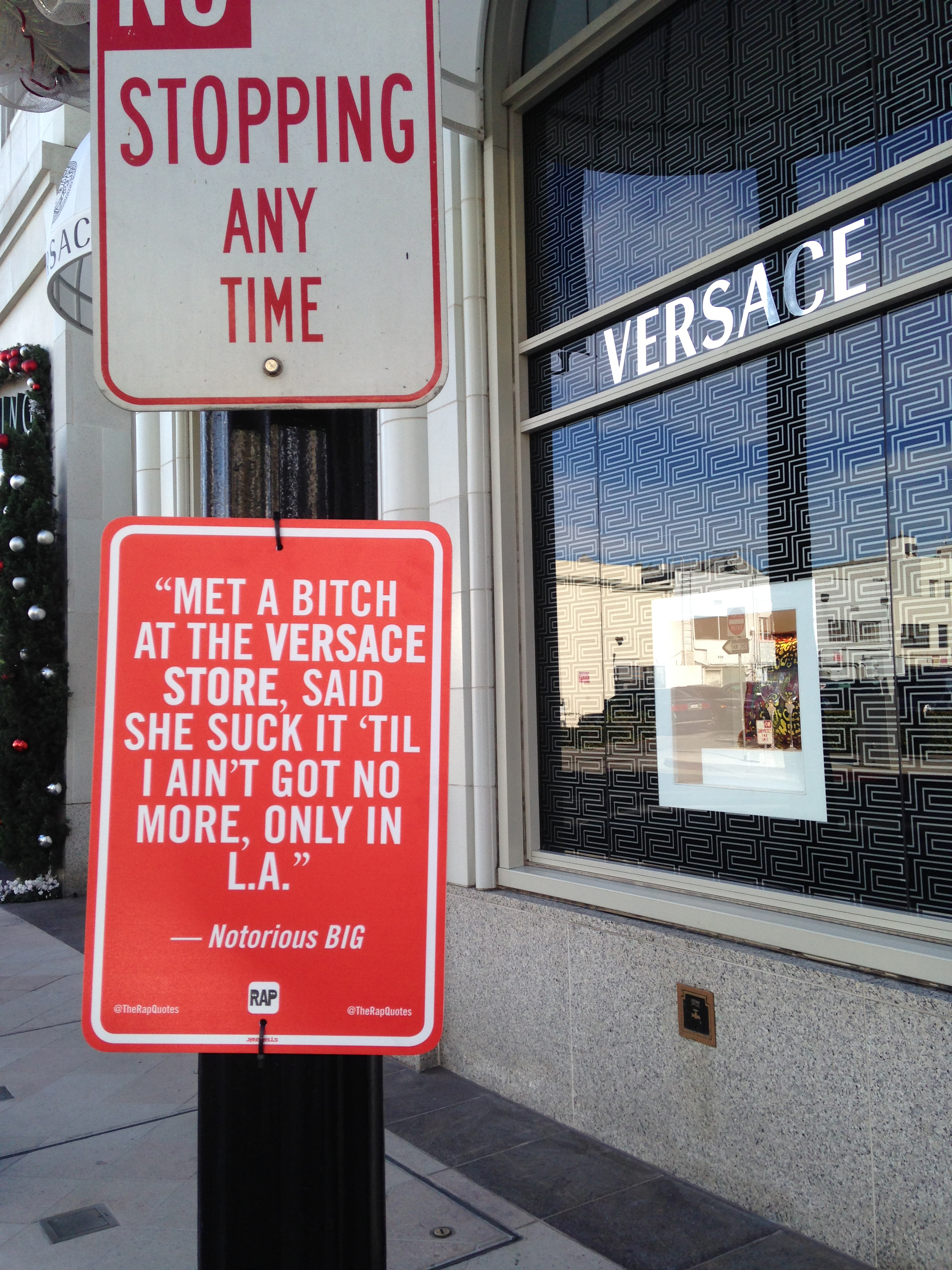 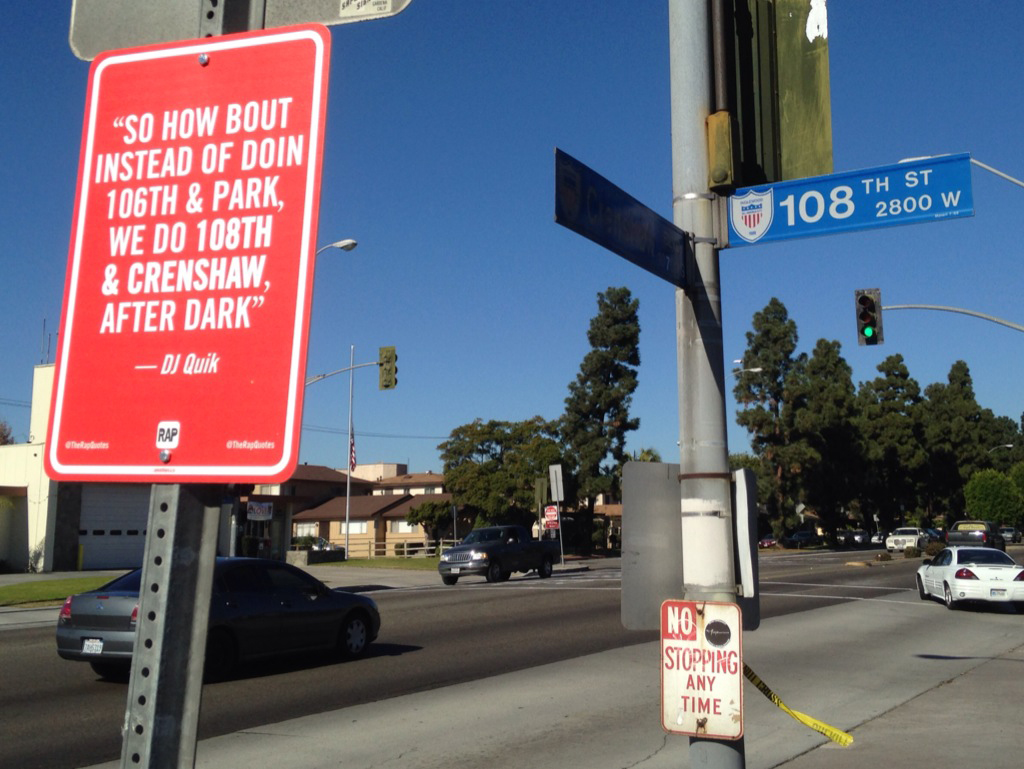 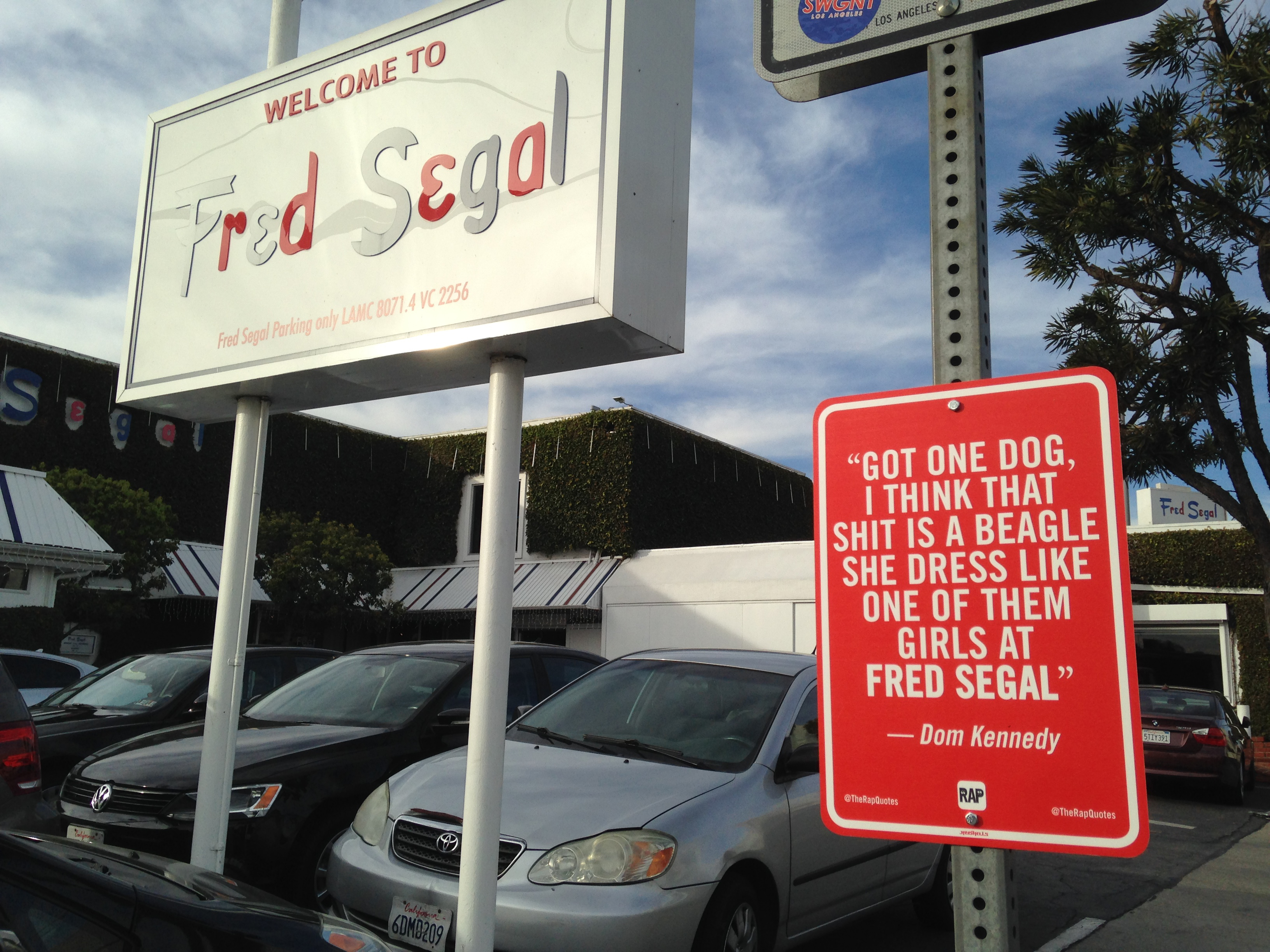 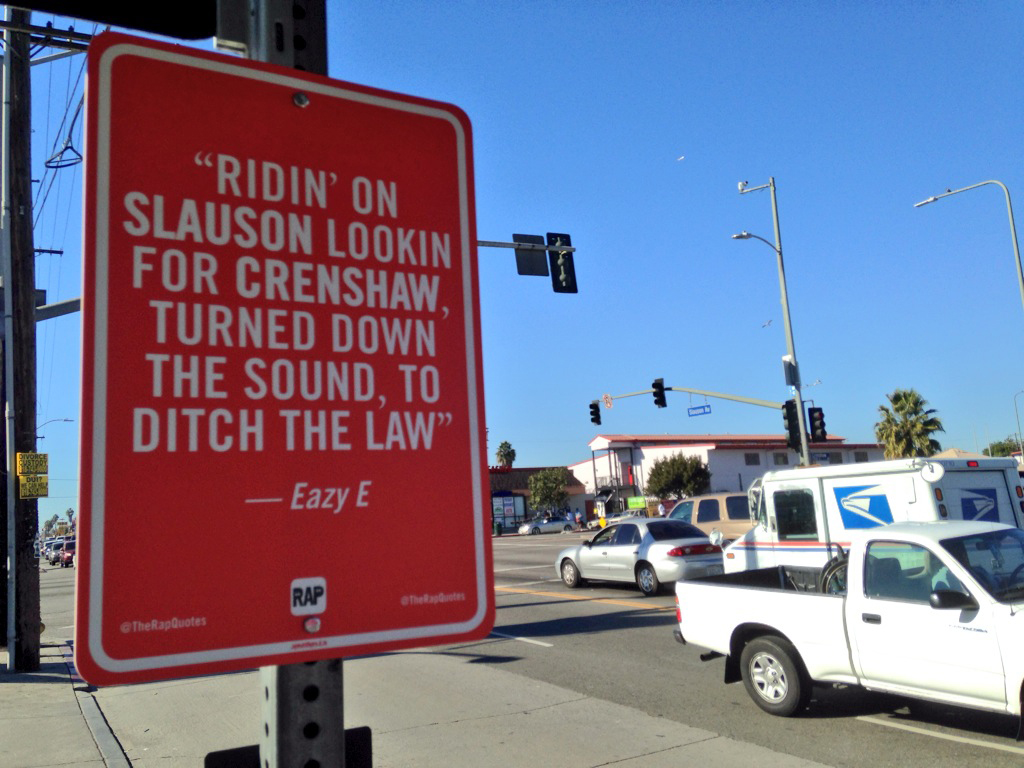 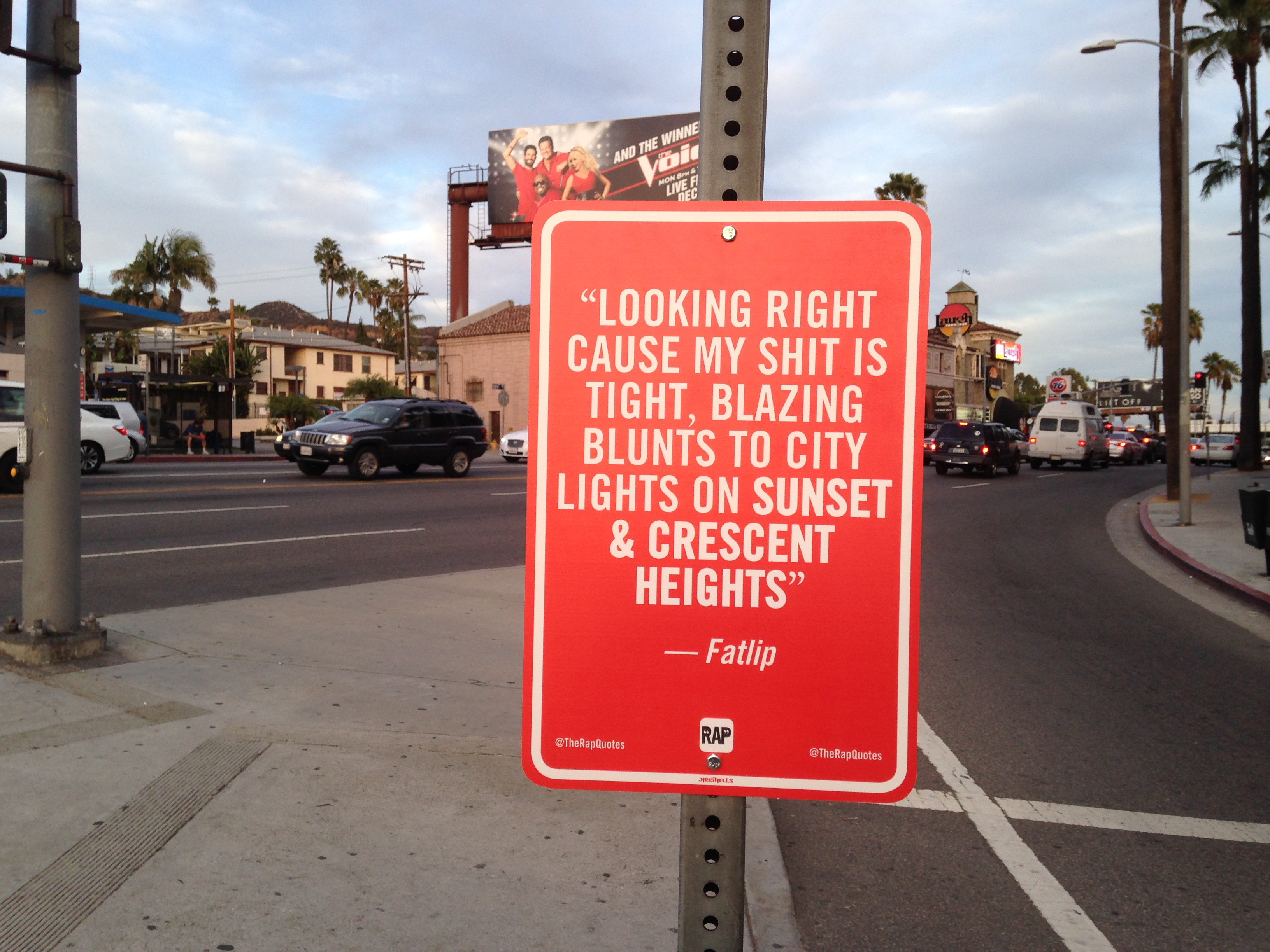 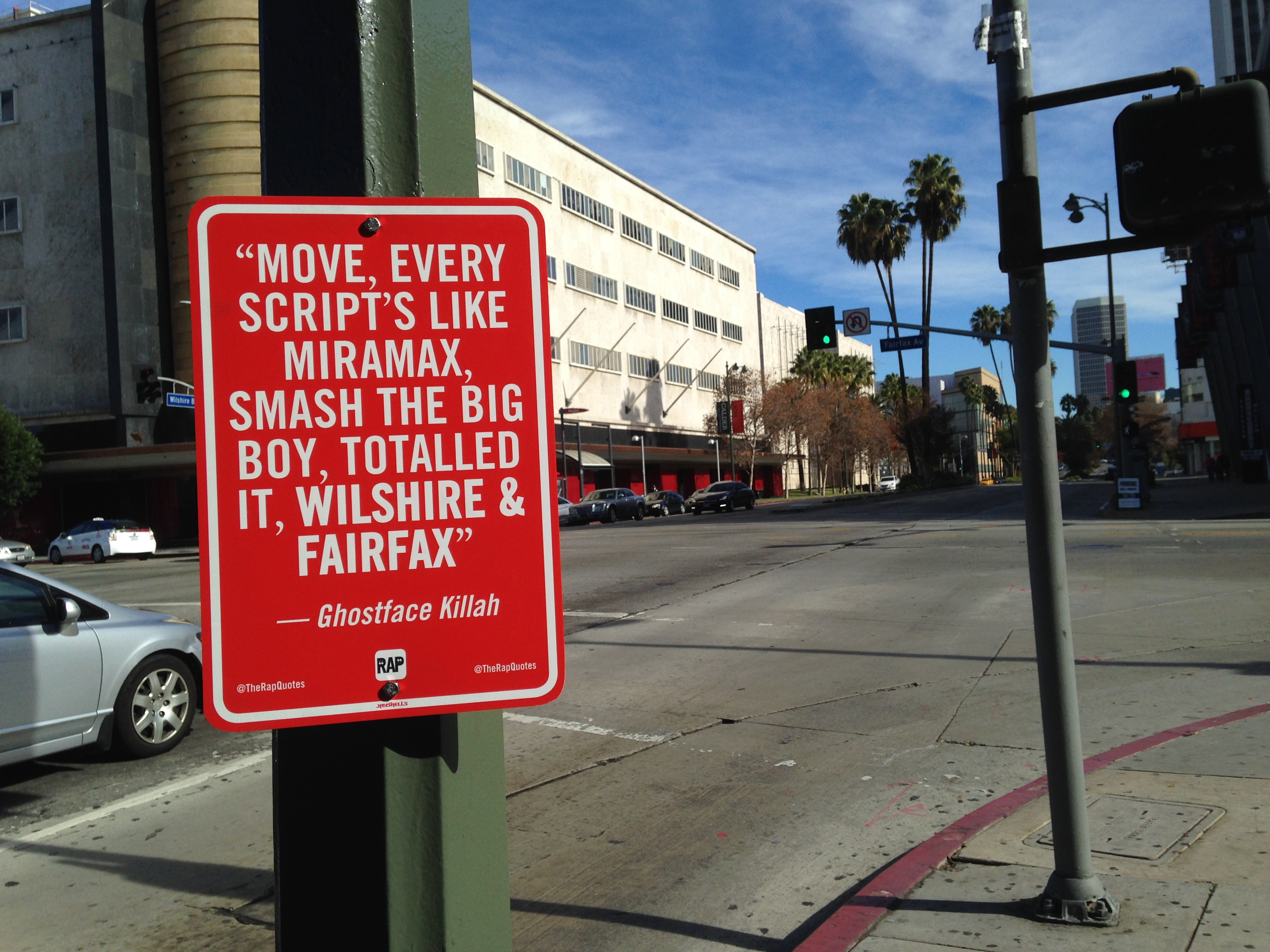 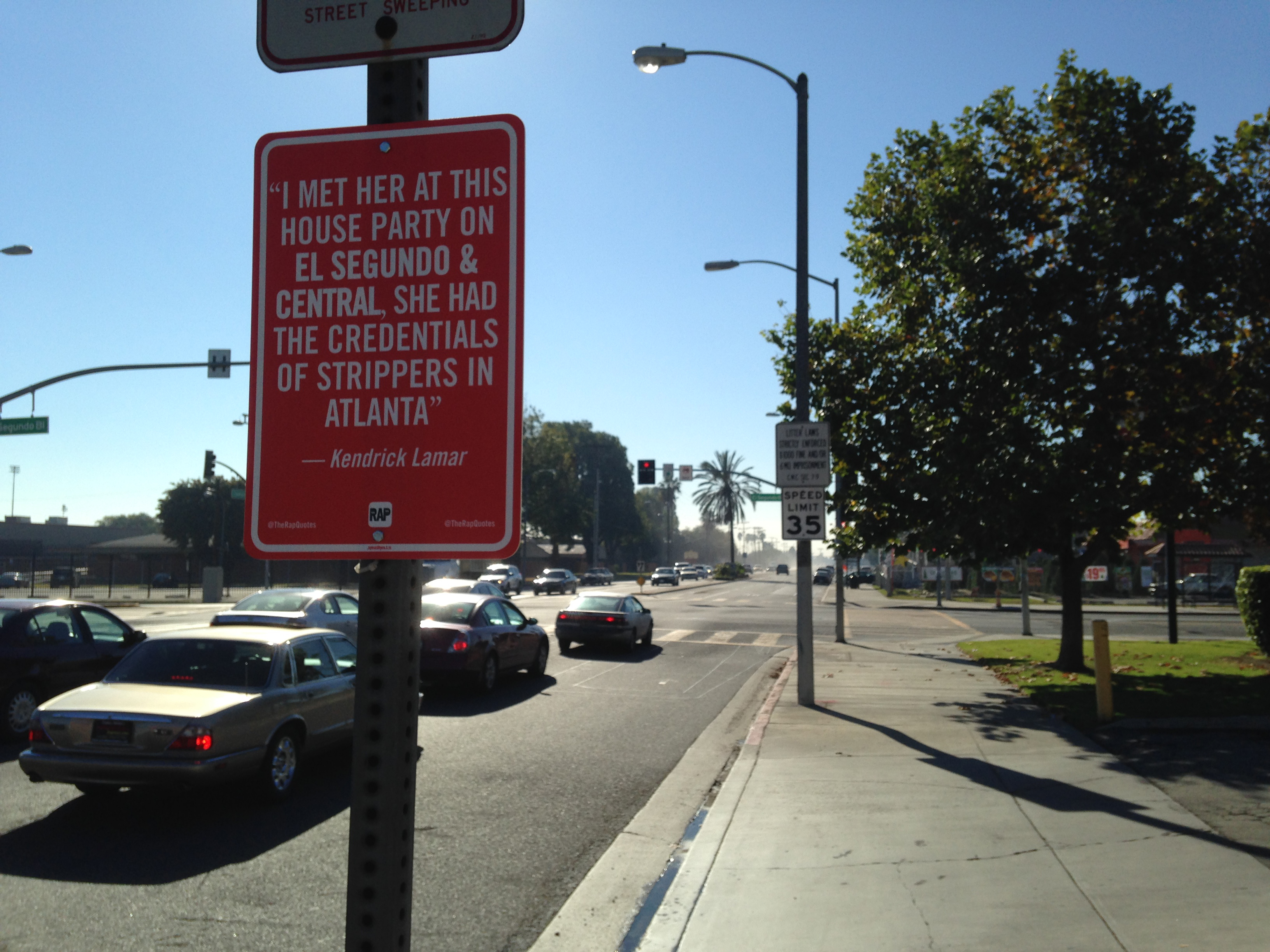 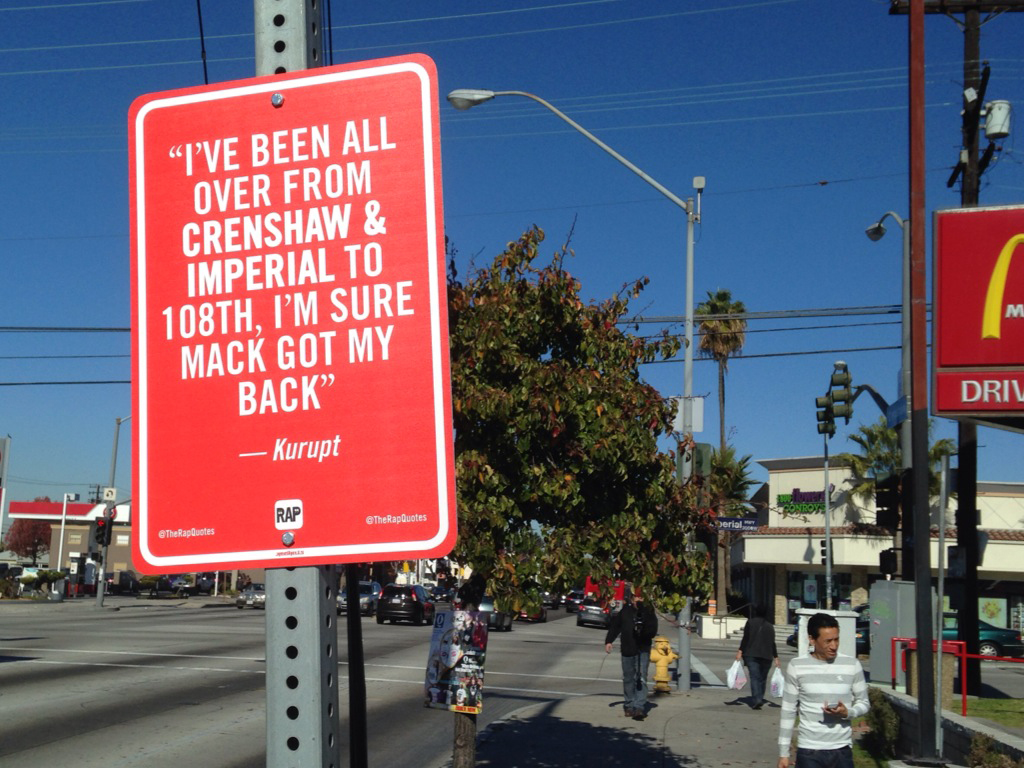 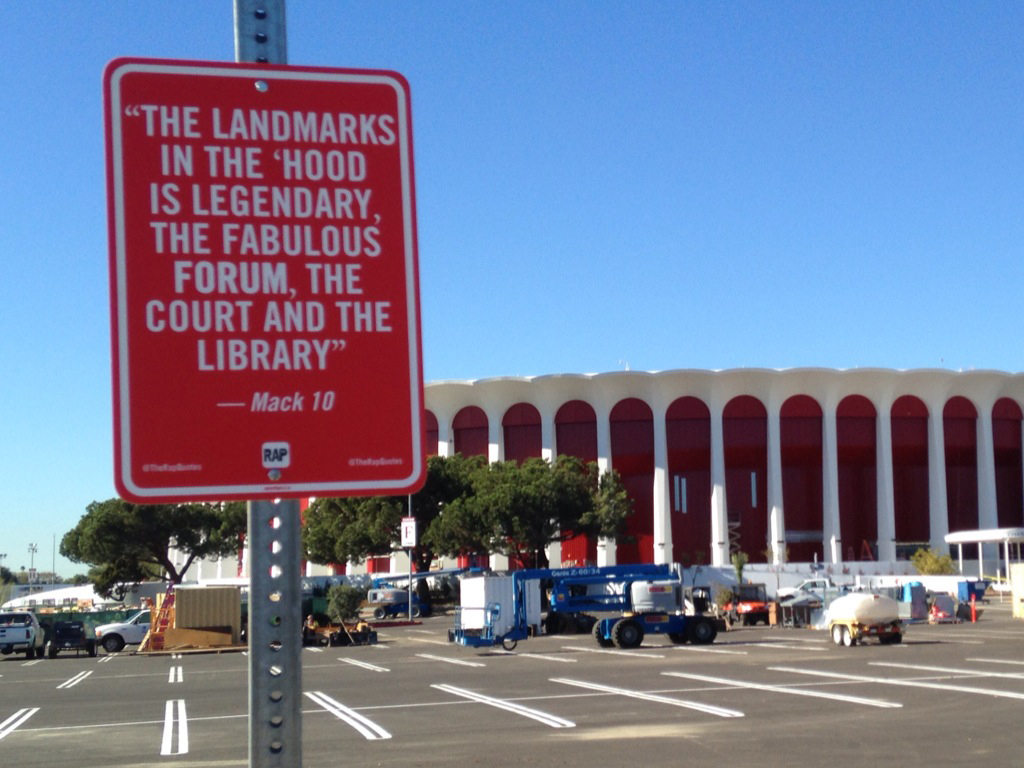 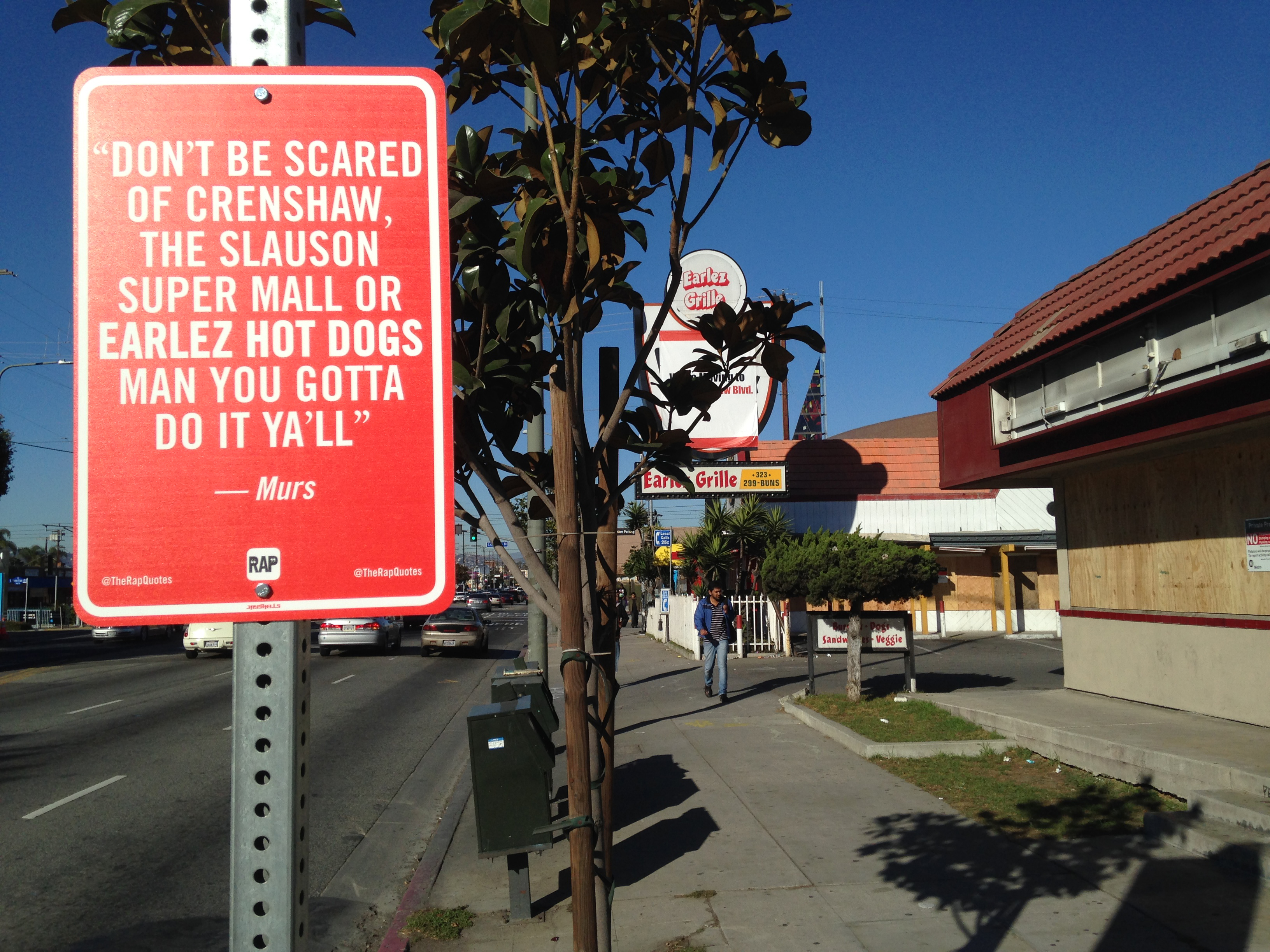 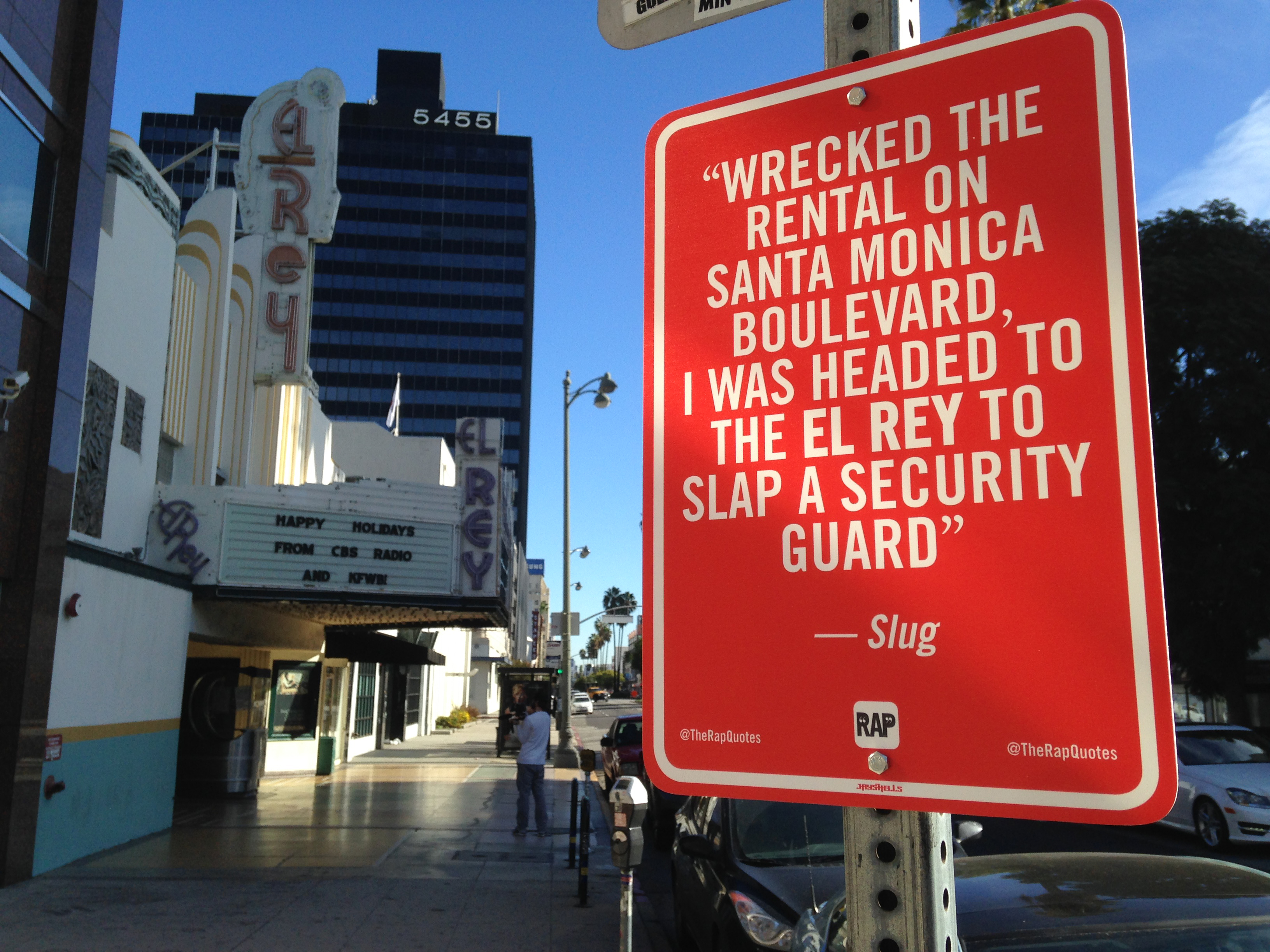 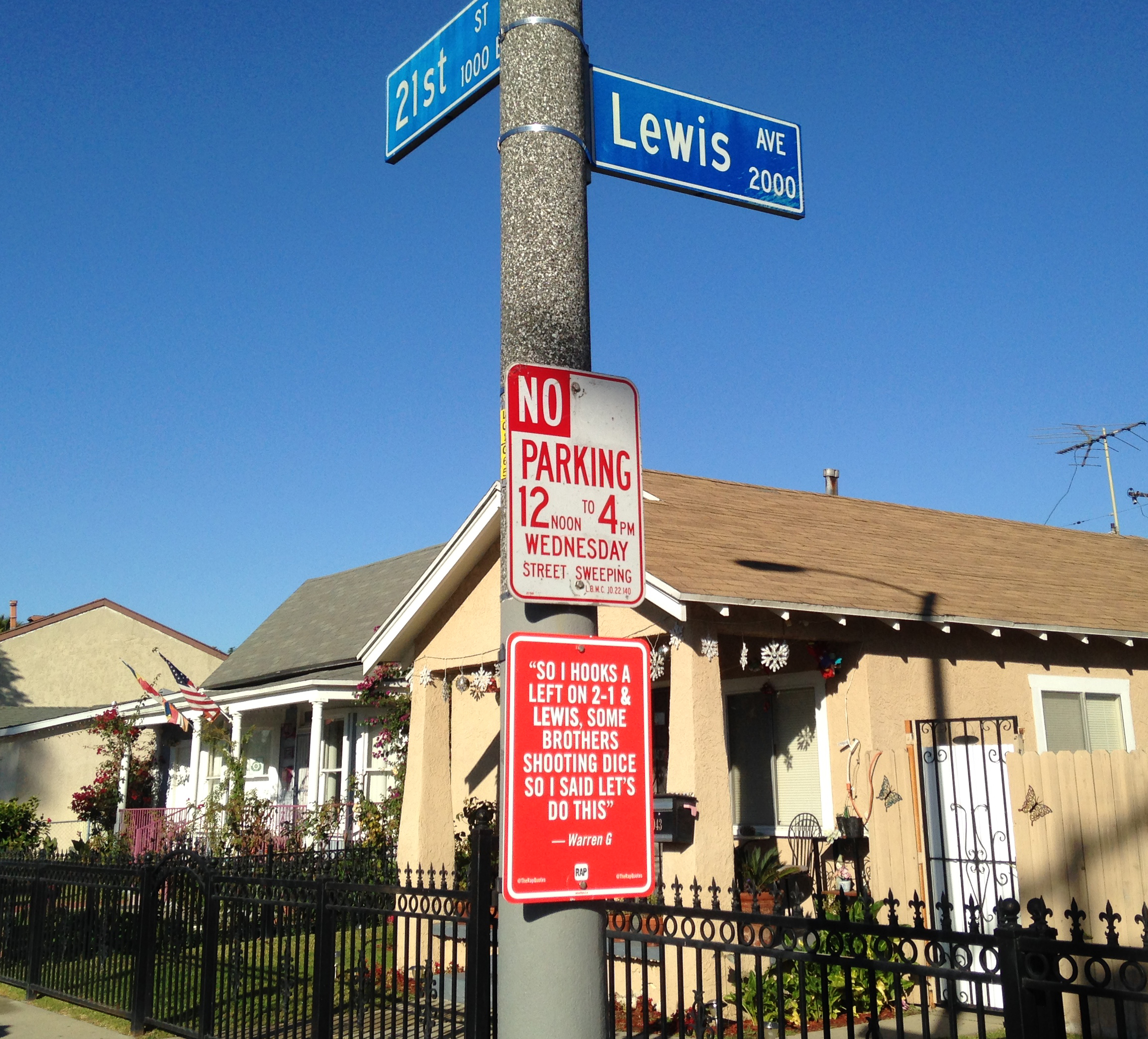