Drake often talks up his home city of Toronto. Recently, NBA team the Toronto Raptors returned the favor by hosting “Drake Night” on Saturday (January 11), an evening which included Drake’s involvement throughout the Raptors-Brooklyn Nets game.

During the evening, Drizzy introduced the starting lineup for the Raptors. Additionally, the rapper spoke during the pre-game show, providing insight and analysis:

Dubbed the “Raptors Global Embassador,” Drake was also involved in the team press conference. “I think that tonight is a glimpse into the future,” he said. “I think tonight, you’re gonna see a city come together. …I want this to be an intimidating building to come to. And I want to be intimidating not because we’re negative or overly-aggressive, just because…this is the best city in the world, and one of the best buildings in the world. I want this to be a place that every team fears going to because of how much of a tight-knit family Toronto really is.”

Drake also co-hosted the halftime show with his deejay, Future the Prince.

The “Drake Night” shirt, which was given to fans, can be found below, as published by Vibe. The shirt is reportedly now going for more than $100 on eBay, as per Complex. 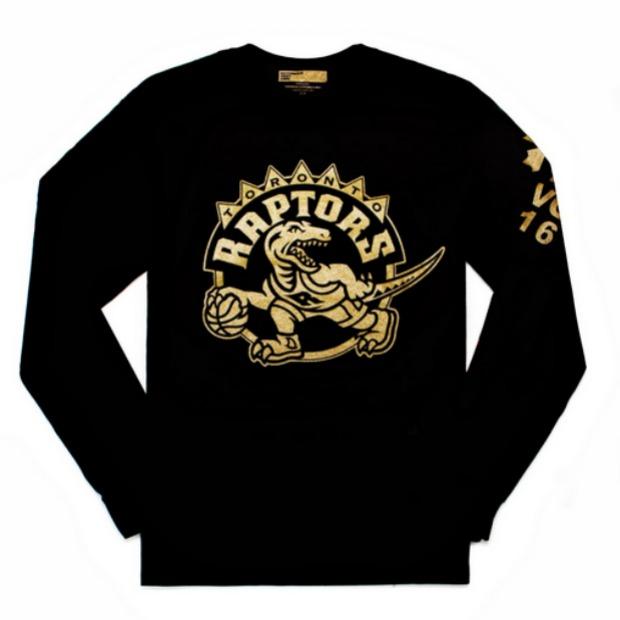