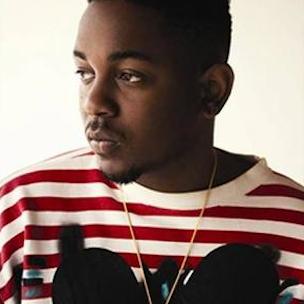 Kendrick Lamar & Action Bronson Among Rappers Who Should Be In Movies

Kendrick Lamar, Action Bronson and Drake are among the rappers pepsi.com included in its “Rappers We’d Love To See on The Big Screen” article.

“The worlds of Hip Hop and acting are no strangers to one another,” the article says. “LL Cool J and Ice-T are TV crime-drama staples, Queen Latifah makes the rounds on TV and film, while Ice Cube and Will Smith are safe bets at the box office. Maybe it’s the animated personalities required to be successful as an emcee that make it easy for some rappers to cross over into the visual arts. Or maybe it’s the confidence they build by battling or baring their souls on wax. No matter the reason, here’s a list of rappers we’d love to see make the move to film.”

pepsi.com says it would like to see Kendrick Lamar in a suspense thriller. “Anyone that’s ever listened to Kendrick Lamar, either in his music or in an interview, knows that he’s a keen observer that thinks before he speaks,” the article says. “This quality is the prime reason why we think K. Dot could nail the loner detective shtick while chasing down the bad guys and solving the mystery.”

Visit pepsi.com to see the full list of “Rappers We’d Love To See on The Big Screen.”