DJ Esco dropped his No Sleep mixtape, which is hosted by Future, yesterday (December 17). The 23-track project features guest appearances from Future, Yo Gotti, Young Scooter, Shy Glizzy and others. Production on the set includes the work of Metro Boomin, 808 Mafia, Zaytoven and Mike WiLL Made-It.

No Sleep also contains the “Sh t (Remix)” featuring Drake and Juicy J, which was released yesterday. The track, which has been interpreted as a TDE diss track, drew what appeared to be Twitter responses from TDE’s Tog Dawg and Punch.

DJ Esco is Future’s official DJ. Future’s Honest album is slated to be released in 2014.

The No Sleep cover art, tracklist and stream are as follows: 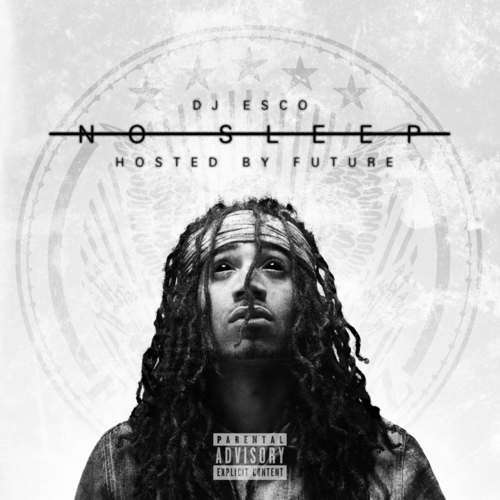 2. Future – “The Matrix Back To The Basics” (Produced by Metro Boomin)

4. Future – “How Can I Not” f. Young Scooter (Produced by Metro Boomin)