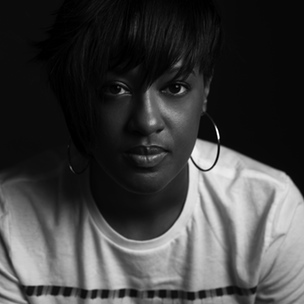 When asked about her selection for “Album of the Year,” Rapsody doesn’t hold back with her opinion. HipHopDX asked the North Carolina emcee to name her pick for the category and she was not doubtful regarding her choice.

“Oh, that’s easy,” Rapsody said in an exclusive interview with HipHopDX. “I’m gonna give that one to my brother from Chicago, Chance The Rapper for Acid Rap. That’s easy…without a doubt. I won’t even blink.”

Chance The Rapper’s Acid Rap was also given the honor of being SPIN’s #2 “Album of the Year,” second to Kanye West’s Yeezus. Chance earned the top slot in another category as he was named SPIN’s “Rapper of the Year.”

For Rapsody, the project deserves such praise.

“One thing I love is that he doesn’t sound like anybody,” Rapsody said, praising Chance. “I was just talking to someone the other day, and you can’t put [Chance] in a one lane, category, or one box. It’s Hip Hop, but it’s also funky, and he sings on it, so he’s got all these different characteristics, ideas and sounds that he brings together and makes his own. And when he dances, you know it’s Chicago, ‘cause I see a similar thing in Vic Mensa who’s also from Chicago. So that’s what I love, and it’s fun and honest. I actually got to see him record when he did “Lonely Thoughts” from my [She Got Game] record. And he’s just natural, raw talent. The boy has a gift, so that’s what I enjoy. He does what he feels, and it’s like, ‘I don’t have to do this just for Hip Hop. I’m just going to do what I feel like doing.'”

“Lonely Thoughts” is a collaboration between Chance The Rapper and Rapsody. The collab made its way onto the scene through Rapsody’s 2013 project, She Got Game. She Got Game can be streamed below, following more of HipHopDX’s interview with Rapsody.