Pacsun announced that they would be carrying “Yeezus” merchandise yesterday.

The announcement explained that select stores are carrying the clothing starting today (October 25). The merchandise is also available at pacsun.com.

Recently, West spoke about wanting his tour merchandise sold at a clothing store.

“I went to the Gap and I said ‘Let me try to do something’ and I couldn’t get past the politics,” West said during an interview with San Francisco radio station 99.7. “And I’m like ‘I’m telling you, I got it. I know it. I can do it. Give me a shot.’ Our first night [on the ‘Yeezus’ tour] we sold $83,000 in tour merch. Imagine if you take these thoughts and connect it with a corporation like the Gap.”

Instead of Gap, West is working with Pacsun.

Articles from West’s tour merchandise were criticized because they feature the Confederate flag on them. Those designs do not appear to be available at Pacsun’s web store.

According to Pacsun, the T-shirts that they carry were designed by Kanye West featuring original artwork by Wes Lang. Examples of the clothing can be viewed below, following Pacsun’s announcement on Twitter.

I just talked to Jesus he said, “What up Yeezus?” See you tomorrow. @kanyewest pic.twitter.com/PPFKO6CKDA 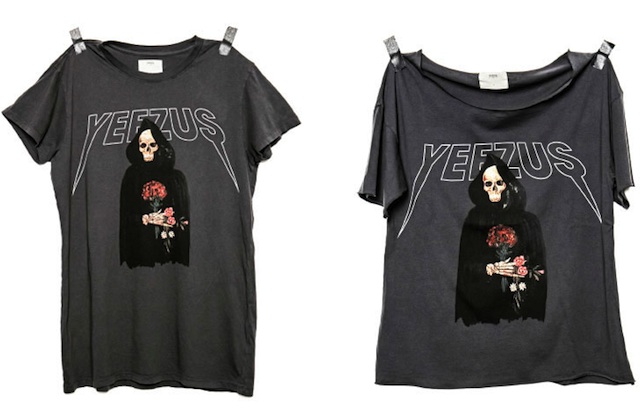 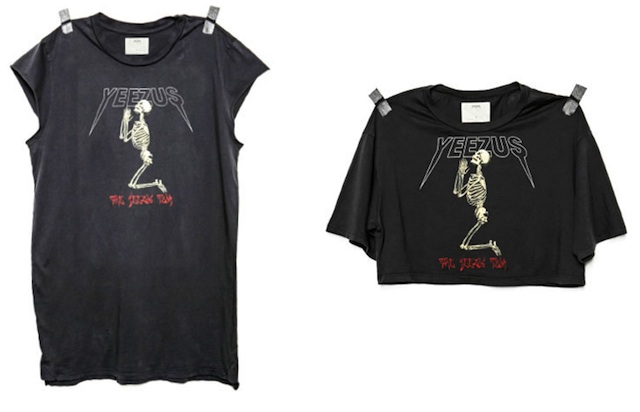