Dom Kennedy has announced that his next project, Get Home Safely, is set to be released October 15.

This is slated to be Kennedy’s follow-up to 2011’s From the Westside, With Love II and last year’s Yellow Album.

Kennedy announced the release date for Get Home Safely via Twitter. He followed the announcement by noting that the album will be available for purchase at Best Buy and on iTunes.

Kennedy also announced that two bonus songs will be available on each version of the album, likely referring to one version available at Best Buy and another on iTunes. Best Buy’s version will also carry a poster.

Dom’s tweets can be viewed below.

There will be 2 different bonus tracks on each version. Best Buy copy has a poster inside. #OPM

Dom spoke with HipHopDX about the album in September 2013.

“[Fans] can expect the highest quality music they’ve definitely heard from me, and they’ve probably heard from a lot of genres—not just Hip Hop,” Dom Kennedy said to HipHopDX. “I’m introducing the album to encourage and reach a lot of people that probably never knew who Dom Kennedy was. But it’s in a great way. Without changing what I do or without compromising the integrity of Rap music or anything, I feel like people will be proud to say that this is their favorite Rap album of the moment. I feel like it’s been few and far between that people are able to say that in our generation. For people interested in Hip Hop and Rap music, I feel like they’ll be proud to say that, ‘You need to listen to this; this is a great body of work.’ It represents something bigger than just $10 or just one person.”

UPDATE: Dom Kennedy’s cover art for Get Home Safely has been revealed. Kennedy released the cover art via Instagram.

UPDATE: Dom Kennedy has revealed the tracklisting for Get Home Safely. It can be viewed below. 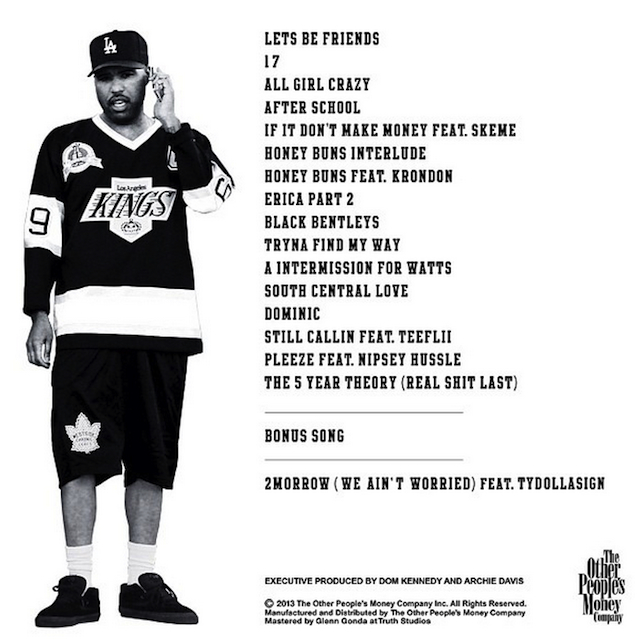