Trinidad Jame$ had only been rapping for 10 months when his Don’t Be S.A.F.E. mixtape was released last year. Now, the Atlanta, Georgia rapper has a follow up to his first release.

In a recent interview with Hot 97, the “All Gold Everything” rapper says that he’ll be releasing a new mixtape August 13 called 10 PC Mild and that it will include production from Travi$ Scott, Young Chop and Childish Major. The upcoming release gets its name from Trinidad’s favorite menu item at his favorite Atlanta restaurant, American Deli.

“From one to 10, it’s good,” Jame$ said during the interview. “It makes sense to me, and I hope the world takes the time to listen to the project and appreciate the project.”

Check out the 10 PC Mild cover art and full interview below: 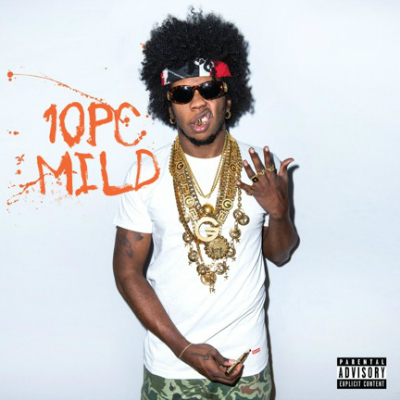 UPDATE: Trinidad Jame$ has released 10 PC Mild. Available for download at LiveMixtapes.com, the stream of the project is below: