Lil’ Kim’s performance at the Lovebox festival in London was canceled yesterday (July 21), but the Brooklyn rapper made up for the missed gig to some of her fans, according to rap-up.com. She tweeted for her fans to meet her at the Andaz Hotel and that she missed the concert due to, “things that happened that were out of my control.”

Several of Kim’s fans showed up, forming a line around the block to see the rapper. After meeting several fans, Kim sent another tweet thanking them.

Meet and greet in London. I love u guyssssss!!! I love London. I’ll be back soon!!! http://t.co/gbZuEnnuKP

Lovebox festival organizers said that Kim missed her performance there because she showed up late, as per rap-up.com. “Lil Kim did not turn up to her set on time,” Lovebox said in a statement. “The festival had no other option but to maintain the scheduled running order to ensure the other main stage acts were not disrupted.”

Kim’s representative Lizzie Grubman, however, tweeted that Kim was on-site and ready for her performance.

NEWS ALERT: Due to circumstances that were out of Kim’s control, her performance at #LoveBox was cancelled. … http://t.co/WyDYr1AfPj

Below, Lil’ Kim poses with Tiffany Foxx and a fan in London. 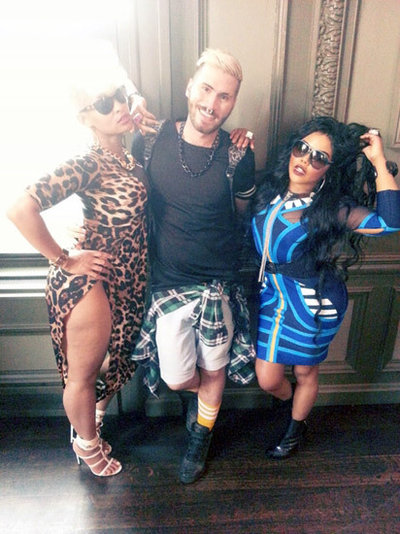 Lil’ Kim’s London fans formed a line around the block to meet the rapper. 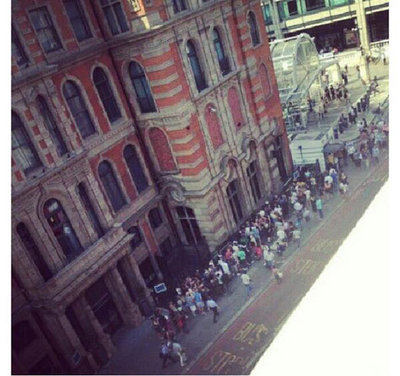