With Jay-Z’s 12th studio album, Magna Carta Holy Grail, set for release tomorrow (July 4), the Hip Hop magnate unveiled what will likely be the last set of lyrics from the album. The latest pairing of lyric sheets includes “Nickels & Dimes” & “SomewhereInAmerica,” both of which appear to be solo records from the Brooklyn lyricist.

As with previously-released lyric sheets from Jay-Z, a portion of the lyrics to both “Nickels & Dimes” & “SomewhereInAmerica” are edited out.

Magna Carta Holy Grail will be released exclusively to Samsung users via a Samsung app on July 4 and will be available for purchase beginning on July 7.

Officially announced in June, Magna Carta Holy Grail’s release serves as a unique partnership between Jay-Z and Samsung who purchased one million digital copies of the album.

Lyrics to “Nickels & Dimes” & “SomewhereInAmerica” can be found below (via HotNewHipHop). 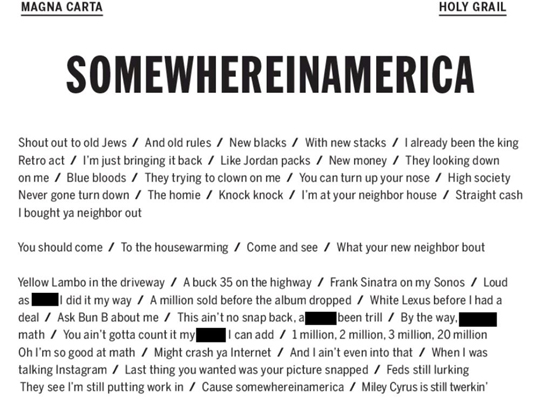 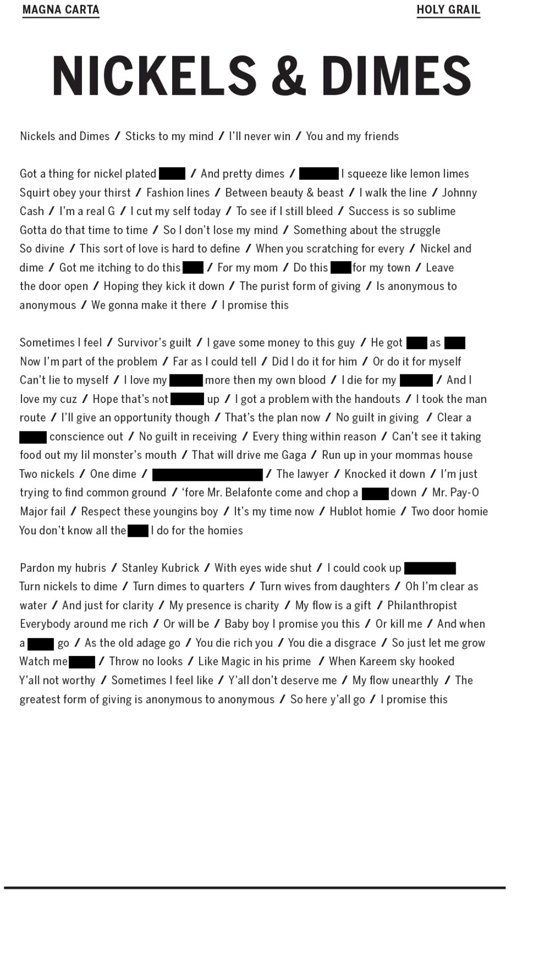