Rochester, New York rapper Emilio Rojas’ “No Shame…No Regrets” mixtape is slated for a June 11 release. It features Styles P, IamSu!, Chris Webby, Lecrae, Troy Ave and David Schuler. “No Shame…No Regrets” includes beats from a slew of producers, including The Renegades, Illmind, M-Phazes, Canei Finch, The String Selection, J Gramm Beats, V12 The Hitman, LowKey and Audio Jones. The mixtape will be a free download, but a retail version with two bonus tracks will be on sale through iTunes.

The “No Shame…No Regrets” track list and cover art are as follows: 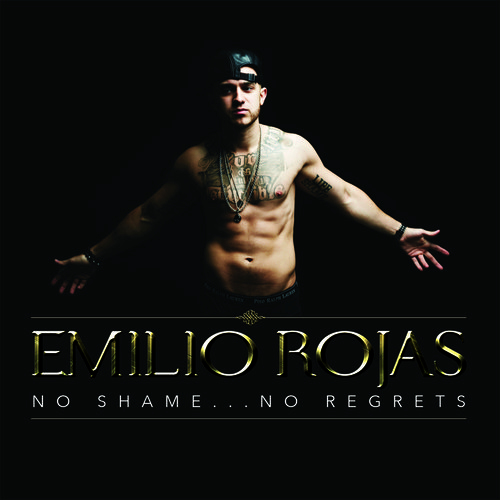 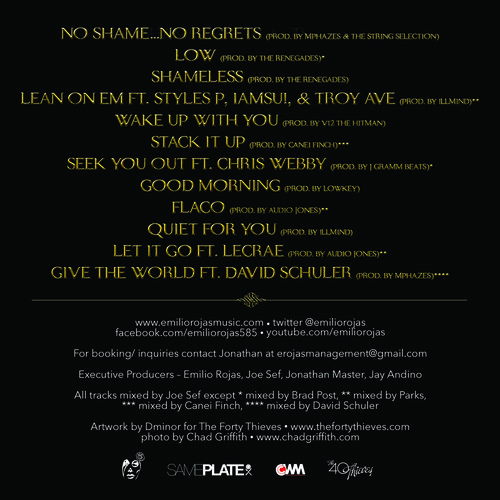 UPDATE: With the download at DatPiff.com, the stream to Emilio Rojas’ No Shame… No Regrets is below. The project is also available for retail purchase at iTunes.