M-Phazes Explains Breaking In As A Producer From Australia, Working With Saigon & Pharoahe Monch

Hailing all the way from Australia, M-Phazes is a Hip Hop producer and artist based in Melbourne, Victoria. His music production resume includes work for the likes of Pharoahe Monch, Talib Kweli, Slaughterhouse, Bliss n Eso, Phrase, Kimbra and Emilio Rojas.

Once isolated from Hip Hop culture, the producer ascended through message boards and passing beat CDs to work with American (and Australian) Hip Hop elite, M is an active participant in the “Gold Coast Hip Hop” movement in Australia.

From Neo-Soul to Boom Bap Hip Hop mixed with some modern seasoning, M-Phazes’ production work has prompted him to release global albums, like this week’s Phazed Out.

The Origins Of The Name: “Back when I tried my hand at rapping when I was either 15 or 16, I had the name ‘Emphasis.’ Which was corny as hell, so I changed it and just flipped it up a little. It’s still a corny name but it stuck.”

Australia’s Hip Hop Scene: “The scene out here is good. It’s different than the states with the fact that mainstream hasn’t grasped it yet. It has a bit more of a Rock/Grassroots background and vibe to it. But that’s changing a lot at the moment with artists being a bit more innovative with what they rhyme over and things like that. It’s strong though. We have multi-platinum-selling artists now, that didn’t happen eight years ago – ‘cause eight years ago, artists weren’t as persistent. The radio support finally happened as well. There was a major hit with one of the bigger groups that got the ball rolling for a lot of other artists out here.”

Gold Coast Hip Hop Movement: “Gold Coast is where I grew up and it’s actually gotten a bit better. I mean, there’s still not many people who are doing Hip Hop but at the same time there are those who do. There are no good live venues though who are putting on Hip Hop gigs so it can get tough. But it’s still possible. There’s a city not far from there that has a great scene, so I’d say it’s on the come up.”

The Beginning: “I came across Hip Hop at around 11 or 12 years old. I got into Public Enemy, A Tribe Called Quest, De La Soul and N.W.A. I guess after about a month of listening to Hip Hop, I started banging on the table and mumbling little raps and shit. But I always had a thing for the beats. That’s what attracted me to Hip Hop. So after messing around with the tape-deck, looping and dubbing little raps through headphones, my mum bought me a computer and I had some bullshit software. But I learned it and fell in love with beat making. I eventually gave up the rapping and decided to pursue production exclusively.”

Defining His Sound: “Well, right now, I don’t really have a particular sound. I’m working with so many different artists, Hip Hop and non-Hip Hop, that my sound has to be different. I’m still a sucker for soulful boom bap though so I guess I would call my bread and butter sound something like a melodic-soulful-gritty-boom-bap. Man, it’s hard to describe my stuff now, I make everything…”

Tailor-made Beats: “If we can get into the studio, that’s always a bonus. ‘Cause then, we can vibe out and get it how the artist envisioned it to be. But usually, an artist, like Pharoahe Monch, will go through a catalog of beats and I’d add instruments and change things up so it suits him more. I’m very open to customizing beats that I’ve already catalogued; if time permits it, I’m all for it.”

The Biz: “Right now, artists are reaching out to me more than I’m reaching out to them. I guess it’s because I’ve been doing this long enough and have built my name up. That’s how it works now, you know? But I still go to shows and hand out beat CDs, network and what not. So it still goes both ways.”

Breaking In: “I was just posting beats on internet forums and things like that. I used to go to UGHH.com and post on the production forum. It’s a good way for new producers to get feedback. !llmind, Rook from J.U.S.T.I.C.E. League and a bunch of other people used to post there. And after awhile, people started reaching out me for work. Muneshine, from Canada, Fortilive and a few others hit me back up after I posted in the forum. I found myself getting a lot of overseas artists hiting me up.”

Proudest Work To Date: “My favorites so far are the joints I did with Kimbra, Pharoahe Monch, Talib [Kweli] and my mate out here, Illy. I have loved working with all of those artists so it’s hard to pick favorites! Jean Grae is also great to work with. Man, there’s too many to name…”

Dream Job: “I’m really trying to work with De La Soul. They are probably my favorite group and I’ve been a fan since I first listened to Hip Hop music; yeah, them and Ghostface [Killah]. Then there’s also the obvious ones like Jay-Z, Kanye [West], Nas and some others; no-brainer there.”

Samples Vs. Instruments: “I use a lot of live instrumentation now. I’m still sampling though but a lot less. I’ve got some great musicians I’m working with now. But if I do sample, sometimes, I usually just go through stuff not knowing what I”m really looking for.”

The Creative Process: “Usually, I’ll just put down a sketch. I’d either start with some drums or chop up a samples. Or even play something on the keys. I’d make something really rough and then refine it or send the sketch to an artist I’m working with, see if they like it and if yes, then I’ll get into it.”

Growth On Phazed Out: “It’s actually a revert back to my older style. That boom bap, soulful, gritty shit. It’s more like my roots, I guess. But I loved working on it. It’s nice to just get into some raw Hip Hop shit for once. A lot of stuff I’ve been doing lately is Pop and R&B stuff so, yeah…it’s a remix project. It’s basically my friend and a US agent, Matt Diamond, who runs [Coalmine Records] and we all decided to take some of the back-catalog and remix the tracks. There’s Saigon, Inspectah Deck, J-Live, Torae and just a bunch of people on it. As for the name, it’s just a phrase I have used for while; and again, corny but it stuck!  My mate actually said ‘phased out’ in a track and it sort of just stuck and I used it. ‘Phazed out beats’ was my little tagline for a while.”

Up Next: “I’ll be working on my second album out here. And hopefully, that will be out by the end of the year. I’ll also have more stuff with Jean Grae and Talib Kweli. There’ll be a few releases in Australia that I’m featured on and also, more stuff from Kimbra. Hopefully I’ll be travelling a lot and working in major studios with major artists… But either way, I’ll be happy with just making music and making a career out of it.” 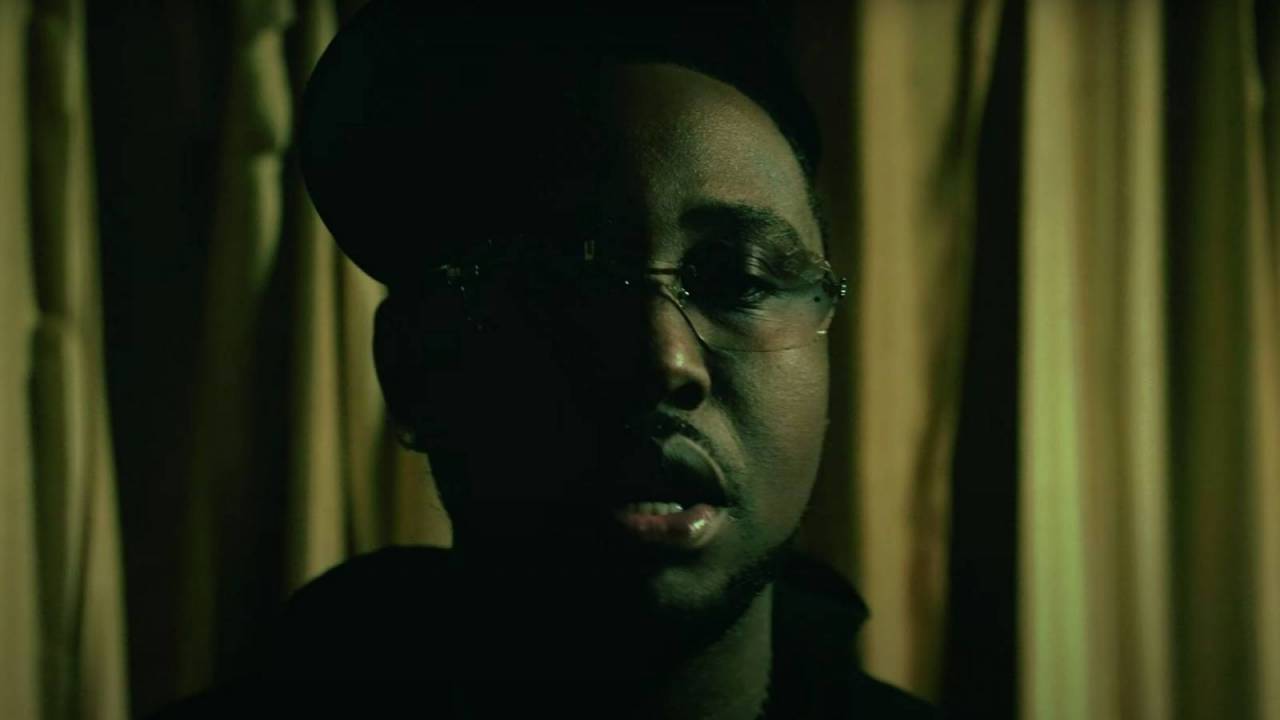