Drake has announced the lineup for his fourth annual OVO Fest. The Toronto, Ontario event short for October’s Very Own, will take place on August 4 and 5 at the city’s Molson Canadian Amphitheatre.

This year, Drake’s lineup includes R&B star Frank Ocean, performing on the event’s first day. The Def Jam Records artist and Odd Future member will be joined by singer-songwriter James Blake. Blake recently worked with Wu-Tang Clan’s RZA on “Take A Fall For Me,” which is included on his Overgrown LP.

As tradition, Drake is a headliner, and will perform on the second day. Special guests are signaled on the event flyer, as reported by HipHop-N-More. 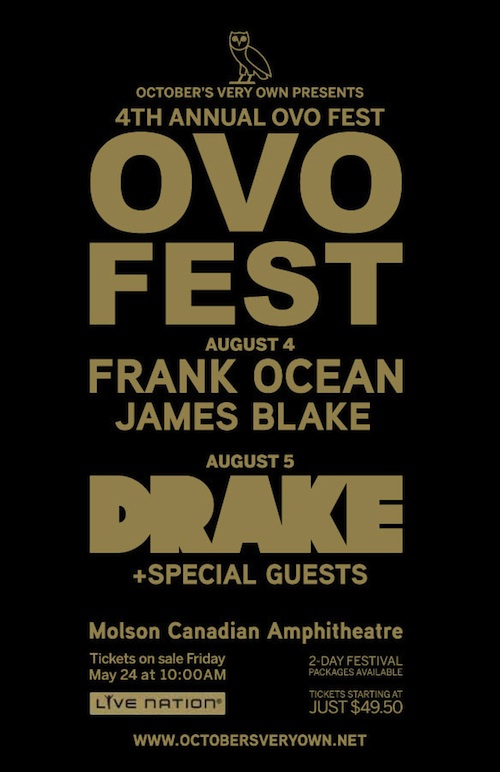 James Blake will now perform on August 5 with Drake and other suprise guests. First day ticketholders have been offered a refund for the now halved two-day festival.