Producer araabMUZIK was reportedly shot in an attempted robbery in Rhode Island. He is presently recovering in the hospital and it is said that the wounds are not fatal, as reported by Complex.

Duke Da God updated his Twitter followers by encouraging fans to wish araabMUZIK a “healthy” and “pleasant” recovery. In his Twitter post, Duke also included a photograph of araabMUZIK in a hospital bed. 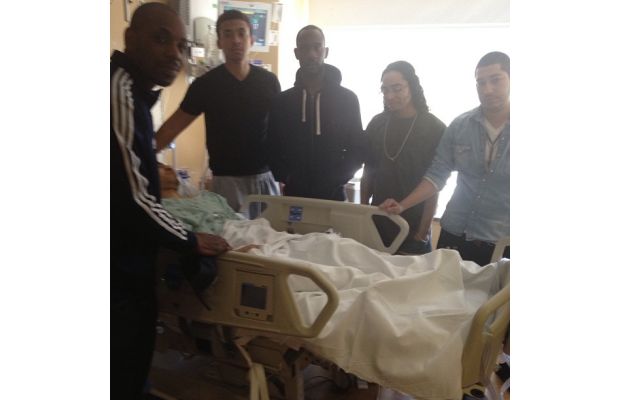 Avatar Darko, an emcee who has worked with araabMUZIK, also discussed his take on reports of an attempted robbery.

My lil brodi too trill! They tried to rob him and he ain’t come up off his shit so they tried get him outta there! He meant to be here! Foh!

This was also confirmed by a rep for araab, who made the following statement to Billboard.

“Rumors have begun to circulate and first and foremost, we want to let everyone know that araabMUZIK is currently alive and well,” araabMUZIK’s camp clarified. “He was out in his neighborhood last night with friends and unfortunately the victim of being in the wrong place at the wrong time. He is recovering now and police are investigating the crime. We appreciate all the concern and fan support and araab is looking forward to a speedy recovery and returning to the stage as soon as he can.”

araabMuzik is from Providence, Rhode Island. He has produced for various artists including 50 Cent, Eminem, Slaughterhouse and Cam’Ron.