Strange Music has thrived in the music industry for 14 years without following trends. The Kansas City, Missouri label started by Tech N9ne and Travis O’Guin has sold over a million units of Tech’s catalog, not to mention charting successes from Krizz Kaliko, Jay Rock, Brotha Lynch Hung and ¡Mayday!. However, with their biggest release calendar in history (11 projects altogether), the label decided to buck trends one step further, and take a page from the music industry’s promotional strategy when the gettin’ was good—CD samplers. More than that, the label is “shipping gold” with these physical items, pressing a staggering 500,000 units to give out on the label’s current tour, Independent Powerhouse. 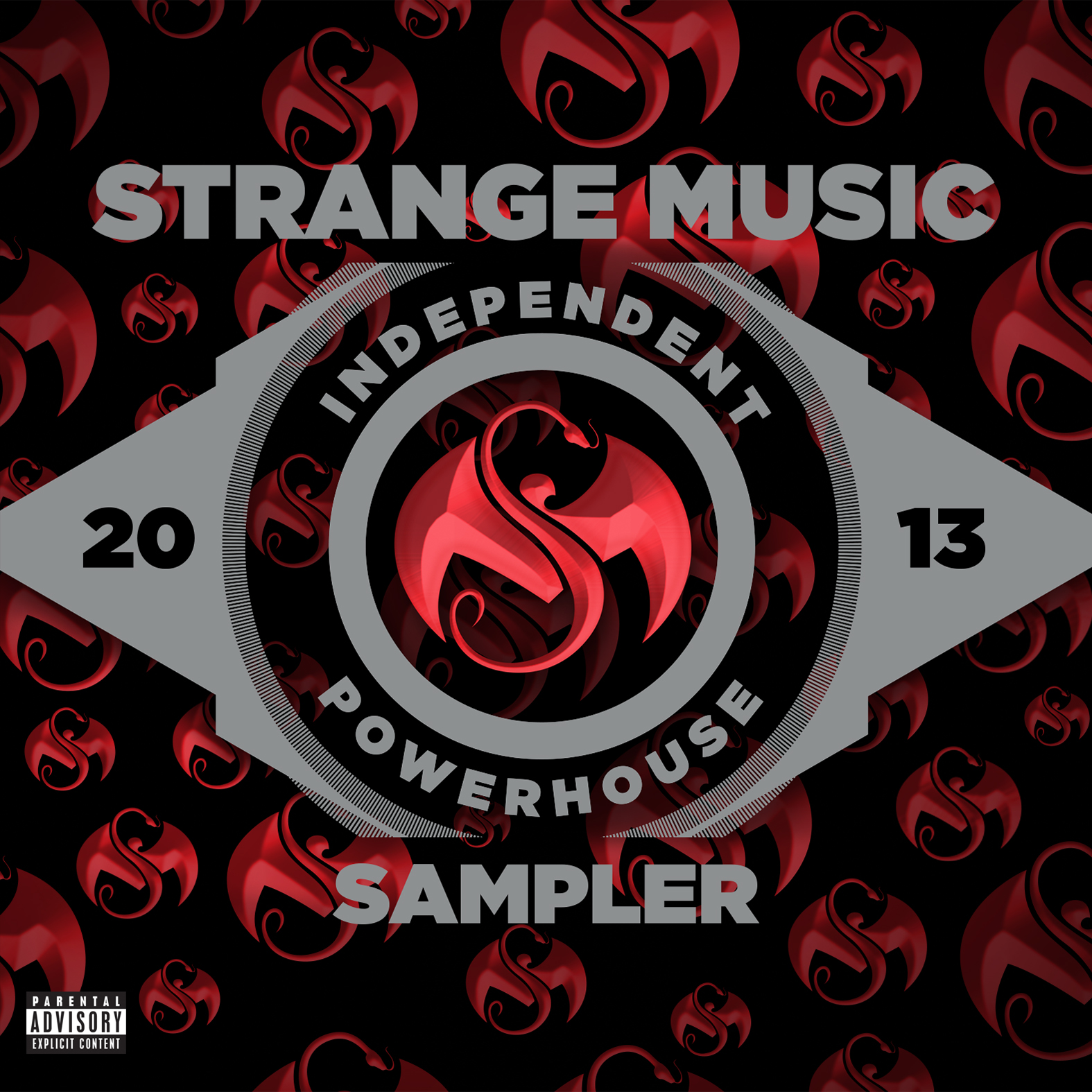 Speaking with Travis O’Guin on Tuesday (March 19), HipHopDX learned the cost-benefit to Strange’s 25-track sampler. “When you go back and take a look at some of the bigger campaigns in street marketing, you’ll notice a lot of people lost touch. When you go back to when Big Pun had the [Capital Punishment] release and they distributed nearly 30,000 posters and just plastered New York; what happened to those type of campaigns?,” asked the veteran indie label leader.

62% Of Strange Music’s Sales Are From CDs

Following a 2012 that saw digital releases from Krizz, Ces Cru and Tech N9ne, Travis was asked about returning the focus to physical units. “What we do is we try to make sure we’re paying attention to both segments of the business, with digital and physical. A lot of people think everything is all digital already,” said the label CEO from his Blue Springs, Missouri office. “The simple fact is that it’s not. 62% of my business last year was still physical goods. If I’m saying I’m going towards the digital age and I’m going to do nothing but digital this, digital that, and I’m going to go ahead and completely neglect to find a way to pay attention to 62% of my business, then that doesn’t make any sense at all.”

O’Guin continued, revealing the actual cost he incurs to create the product. With Monster Energy Drink as a helping sponsor, Travis explains, “The intention is, when I do 500,000 samplers—I mean if you think about it, too. I’m spending like $180,000 of our own money to go ahead and do these samplers and then give them away for free. A lot of people would be like, ‘Oh, wait a minute. You’re going to spend $180,000 on 500,000 samplers and then give them away for free?’ The answer is ‘absolutely.’ This is a part of the marketing campaign and strategy that we have as a company. That disc is a far more valuable tool than what a lot of paper goods are. We still do flyers and posters, but when I hand somebody a disc, you’re not going to see very many of them on the ground after a huge show. You might find flyers, but those people are looking to hold onto the disc like, ‘Oh word, I just got a free CD. Wow.'” 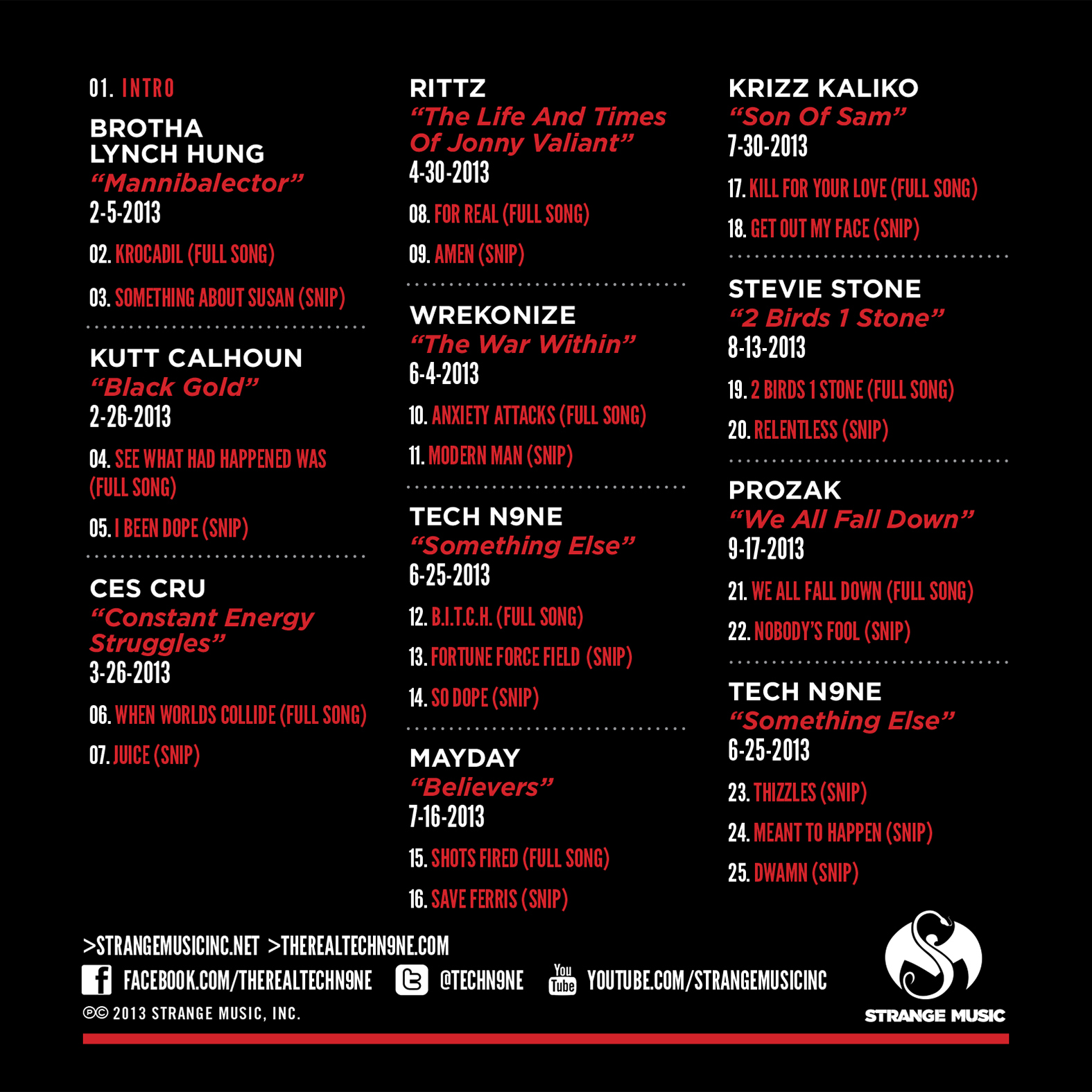 Bringing Rittz And Wrekonize To The Strange Music Core: The Technicians

One could question the marketing expense of pursuing somebody who’s already paid money to attend a Strange Music show. However, as the label has expanded into different niches within Hip Hop and Rock, it’s crucial to make the entire roster transparent, according to Travis. “There’s a lot of Rittz fans that didn’t know about Strange Music when we signed him,” he said of one of the label’s newest acts, who is poised to release The Life And Times Of Jonny Valiant on April 30. “There’s a lot of ¡Mayday! fans that weren’t really up on strange music before we signed them. The same thing with Wrekonize being one of the emcees out of ¡Mayday! A lot of people were fans of him from all the way back when he won the MTV Rap Battles didn’t know about Strange. I think we feed it off of each other and that core audience that Strange Music has, has grown to accept and like what they hear because it’s good music.”

He added that it was a statement of confidence for Strange, that they wanted to give fans a true sample of their product before asking for monentary support of any kind. “What I’m doing is kind of like the chest out, nut-swinging type of approach,” said the former B-boy who also has worked in clothing merchandise. “To a sampler in it of itself is a very cocky thing. What I mean by that is I’m giving the fans a chance to listen to the music and form an opinion about the music. I’m actually saying, ‘Look, I’m so confident in the music that I’m going to give you guys a free sample of it and if you like it, great. Support it. If you don’t, then damn, my bad.’”

For those not privy to Strange Music Tour stops, the label is offering the sampler digitally via their website. Travis O’Guin reported 100,000 downloads in the first 48 hours. The CDs will begin at Denver, Colorado and subsequent dates on the tour.

Travis looked at the rest of the year, revealing to fans some of the projects planned. “Stevie Stone got another album coming out. Prozak got another album coming out—which is his best work yet. Then we got this new project out called Tech N9ne Therapy, which is an EP. It’s going to be produced by none other than Ross Robinson. He’s a famed rock producer that did Korn, Slipknot—his credentials are pretty crazy. The way in which he works with his artists; that’s why Tech called it Therapy. This dude’s got a really good psyche of the artist and will pull shit out from artists who wouldn’t normally expose themselves like that. Ross, in some shape or form, pulls it out of you. When you hear Jonathan Davis at the end of a Korn album where it sounds like he’s crying—he really is crying. That’s when he broke down in the studio. That was from Ross pushing him to the outer limits. I cannot wait to get Ross and Tech together again. They’ve already done one song together, which is incredible with major rock features on it. They’re going to be doing an entire EP once Tech gets off this tour.”