The ninth annual A3C Festival dates have been announced. Now at five full-days, the Atlanta, Georgia Hip Hop fest will run October 2 through October 6, 2013. This year will include a film festival, a Pro Audio seminar at SAE Institute, and an ongoing education initiative.

The 2013 A3C stages are open to artist submissions, through both Reverb Nation and Sonic Bids engagement.

UPDATE #2: In addition to the festival flyer showcasing all confirmed acts, A3C has announced added headliners to their 2013 festival. The added acts include UGK co-founder Bun B, Black Hippy’s Jay Rock and ScHoolboy Q, as well as A$AP Mob’s A$AP Ferg.

The full flyer is below: 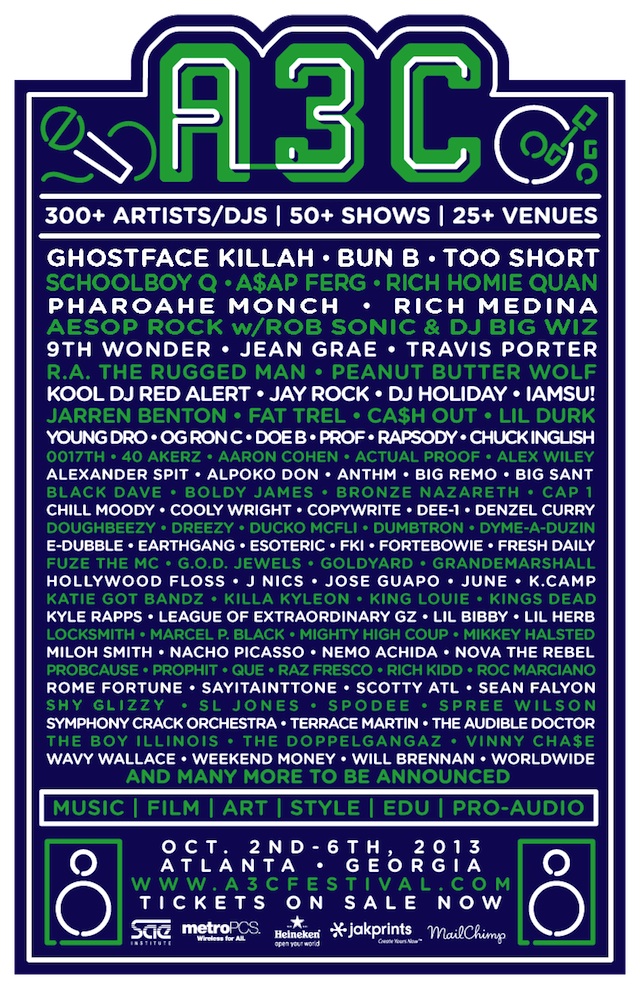