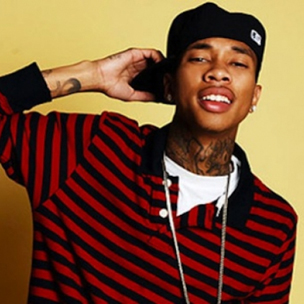 Fans of Young Money artist Tyga will now have to add close to a solid month to the wait for the rapper’s newest studio album, Hotel California. The album was initially expected to be released on March 19th, but according to YoungMoneyHQ.com it will now hit stores and online retailers on April 9th.

The Website also reports that the albums delay may have been the reason why “For The Road,“ Tyga’s single with Chris Brown, wasn’t released last week.

Late last year, the Los Angeles rapper spoke briefly on Hotel California and his goal to make “smarter records” during an interview with Complex.

“What I’ll do is make smarter records, collaborating with the right young artists, like A$AP and Wiz, who I can relate to,” Tyga revealed.

On top of Hotel California, the YMCMB compilation album Rich Gang: Flashy Lifestyle has also been pushed back. Instead of April 3rd, the compilation will now be released on May 21st.

UPDATE: Tyga has revealed the cover art for his upcoming sophomore album Hotel California. Check the official cover art below. UPDATE #2: Tyga has released a trailer for his upcoming sophomore album Hotel California, taking viewers to the set of his cover art shoot. Watch the clip below.