Although there were two separate physical altercations at the 2012 BET Hip Hop Awards, according to Atlanta rappers Gucci Mane and Waka Flocka that number likely would have increased if they were in attendance at the taping of the annual show.

During an appearance on DJ Whoo Kid’s Whoolywood Shuffle on Shade 45, Gucci Mane revealed that he had hoped to attend the show but it was Waka who advised against it.

“I’m really still mad at Waka for saying we ain’t gonna go to this day. It would have been a whole different story,” said Gucci Mane.

“Shit, I’d probably be in jail right now,” Waka added. “It was a lot of punching bags in that motherfucker.”

With the release of this month’s Trap God mixtape, Gucci Mane revealed his plans on wrapping things up for the year to hit the studio for a few months before commencing with his 2013 releases.

“I’m shutting down for this year. I’mma drop my mixtape, Trap God on 10/17, and then I’m just gonna go heavy in the studio,” the rapper explained in a video posted on XclusivesZone.net. “Just lock myself in the studio for the next three or four months and just go on the road and just touch my fans physically. And just pass out my mixtape and try to show people what I been doing the last three months.” 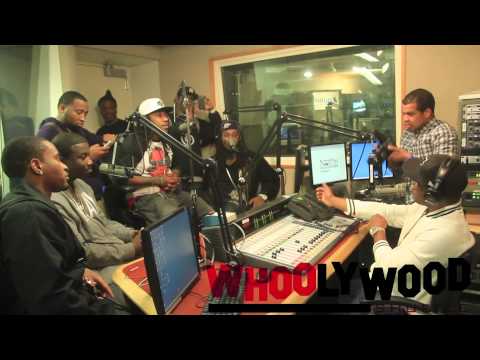 RELATED: Gucci Mane Says He Will “Never” Reconcile With Young Jeezy, Has “No Respect” For Him