Atlanta artist Roscoe Dash caused quite the uproar in the Twittersphere last month after letting loose a series of fuming Tweets about not receiving proper credit on G.O.O.D. Music’s Cruel Summer album or Wale and Miguel’s “Lotus Flower Bomb.”

Dash spoke further on the situation during an interview with Sway Calloway of Sway In The Morning and revealed that he was told by a label rep that his lack of credit on Cruel Summer was due to an error.

“I felt like if there was some type of error, some typo or whatever, I felt like they should have reached out to me and let me know that. You know what I’m saying? So for me to get all hyped up because I knew the project was coming out and be like, ‘Aww man, I can’t wait to get home and support it.’ For me to go support it and see that I wasn’t a part of it just made me feel some type of way,” Dash explained.

The rapper also stated that although he wasn’t compensated for his work on the project, specifically the R. Kelly-assisted record “To The World,” he reassured listeners that they’re currently working on that issue now. Dash was also sure to stress the fact that last month’s Tweets were made to show the darker side of the industry and not for publicity reasons.

“When I said something about it it wasn’t for the attention,” said the rapper. “It wasn’t for any type of publicity…it was really because I feel like there’s so many people who wanna do what we do and feel like they can do what we do and it’s easy…And they don’t really know half of the things we really go through so I just wanted to put that out there for them to see that firsthand.” 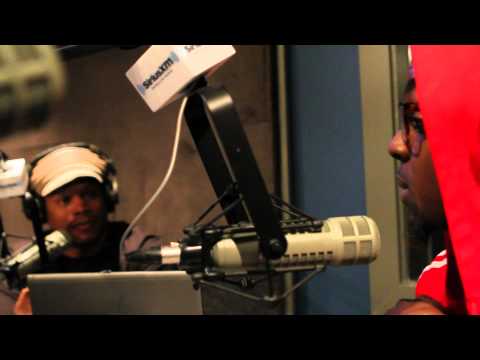