ScHoolboy Q, Ab-Soul & Jay Rock Confirm That A Black Hippy Album Will Not Be Released

For those who may have had a little hope when it comes to a possible Black Hippy album being released, ScHoolboy Q, Ab-Soul, and Jay Rock likely dashed those hopes during their interview with Page31.com. While being interviewed each of the three rappers was asked if a joint Black Hippy album will ever surface and all three responded with a swift no.

According to ScHoolboy Q, at this time in their careers a Black Hippy album won’t work because of the current emphasis on individual projects.

ScHoolboy Q did add a small glimmer of hope when he revealed that while a Black Hippy album won’t happen now, they may be able to work something out in the future.

“I think maybe later on when we a little older, right now we cool. We too stuck onto our own shit,” said Q in a video posted on HipHop-n-More. 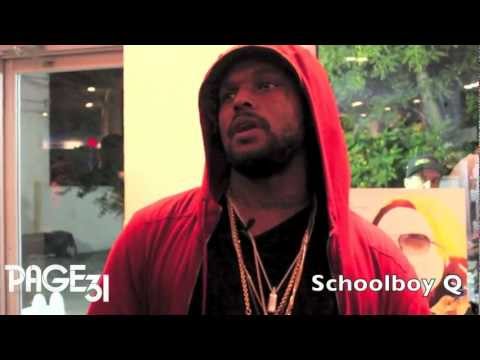